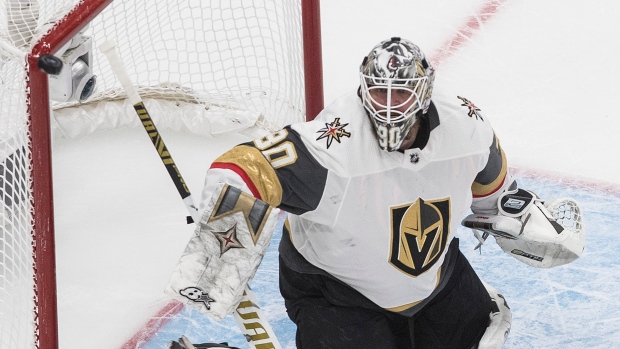 Lehner, 29, has appeared in five games this season with the Golden Knights and has a 3-1-1 record to go with a 2.96 goals-against average and a .890 save percentage.

The veteran of 301 NHL regular-season games joined Vegas after the team acquired him in a three-team trade last February involving the Chicago Blackhawks and Toronto Maple Leafs.