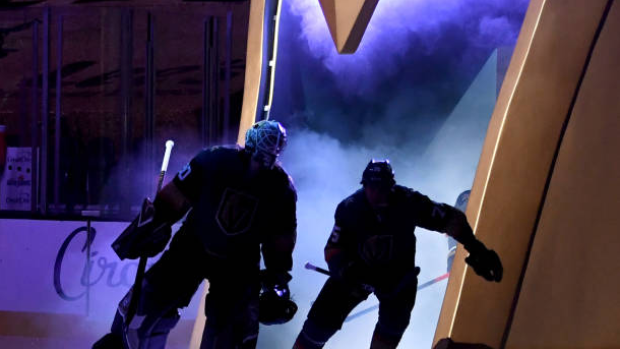 The Vegas Golden Knights' upcoming games against the San Jose Sharks, on February 1 and 3, have been postponed, the National Hockey League announced Friday.

They will be the second and third game in a row postponed for the Golden Knights after their game against the St. Louis Blues, scheduled for Thursday, was also postponed.

There are currently four members of the Golden Knights organization, including three coaches, isolating in connection with the league's COVID-19 protocol, the NHL announced. The Golden Knights' training facilities also remain closed until further notice.

The games will be rescheduled for later in the season.

Vegas' last game was Tuesday against the Blues with general manager Kelly McCrimmon serving as head coach while their entire coaching staff was forced to isolate.

The Blues defeated the Golden Knights 5-4 in overtime on Tuesday.