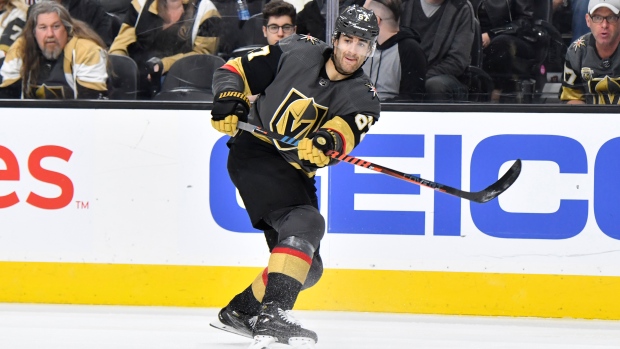 It appears Max Pacioretty's stay with the Vegas Golden Knights may be coming to an end after just two seasons with the team.

According to TSN Senior Hockey Reporter Frank Seravalli, the cap-crunched Golden Knights are looking to trade the 32-year-old to gain cap flexibility.

"I’m told the Golden Knights have doubled down in recent days and weeks in an attempt to try and move Pacioretty," Seravalli said on Insider Trading Tuesday. "He has three years left at $7 million a year, coming off a 32-goal shortened season. You think back previously in this off-season, they were trying to move any number of players on their team to try and gain salary cap flexibility. There is no question the team is over the cap at this point, but they believe they can be cap compliant by opening night. Pacioretty would go a long way in terms of getting some of that flexibility and also enable them to potentially take a run at any number of the high-profile free agents that remain unsigned at this point, like a Mike Hoffman or an Erik Haula."

The Golden Knights are currently $974,104 over the cap for the upcoming season with 21 players on their roster, per CapFriendly. After signing Alex Pietrangelo to a seven-year, $61.6 million contract in free agency, Vegas traded defenceman Nate Schmidt to move closer to the $81.5 million cap, and also traded centre Paul Stastny in early October.

Pacioretty scored 32 goals and added 34 assists in 71 games last season, leading the team in both goals and points. It was a big step up from the 2018-19 season when he recorded 22 goals and 18 assists for a total of 40 points. Last season’s 66 points in the shortened campaign were also one off his career-high of 67 from the 2014-15 season.

Vegas acquired the New Canaan, Conn., native from the Montreal Canadiens in September 2018 in exchange for Nick Suzuki, Tomas Tatar and a second-round pick.

Pacioretty has three years remaining on the four-year, $28 million deal he signed after his trade to the Golden Knights which carries a cap hit of $7 million per season.

Selected 22nd overall in the 2007 NHL Draft, Pacioretty won the Bill Masterton Memorial Trophy in 2012 and was a first-time NHL All-Star in 2020.