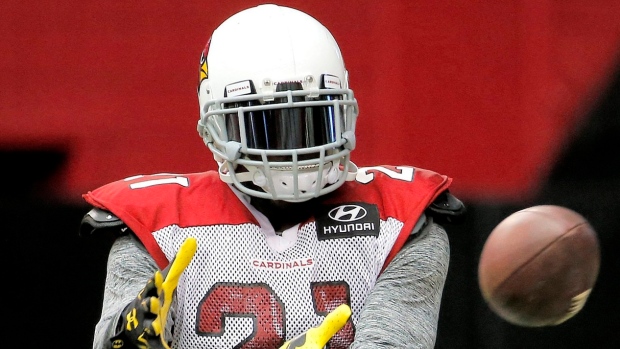 SAN FRANCISCO - Defensive tackle Darnell Dockett notes on his Twitter page header that he will be "2016 comeback player of the year."

It looks like he will get that chance. Dockett signed a two-year contract with the San Francisco 49ers on Thursday that will keep him in the NFC West after playing all of his 10 NFL seasons with Arizona.

Agent Drew Rosenhaus confirmed the contract Thursday morning for the three-time Pro Bowler then the 49ers announced later in the day that Dockett had reached a deal.

Rosenhaus also posted a photo of him standing with Dockett on Twitter that read, "Congrats to the newest Niner!" with signing papers on the table.

The 33-year-old Dockett sat out all of 2014 with a knee injury suffered during training camp. He started every game for the Cardinals in 2013, finishing with 46 tackles and 4 1/2 sacks. Now, he will play for promoted defensive line coach Jim Tomsula, named 49ers head coach in January.

Dockett, who once said of the 49ers "I hate that team," said in a Phoenix radio interview Thursday that San Francisco showed he was wanted.

"They made an effort and they showed me much love man," he said on Fox Sports 910, "and I'm excited by that challenge."

He visited with the 49ers earlier this week, choosing a new start after being released last Friday when negotiations didn't work out on a restructured deal with Arizona because of salary cap concerns.

Dockett said in the radio interview that he would have taken less money to stay with the Cardinals, but the difference between the two offers was far too much.

Dockett was one of Arizona's longest-tenured players along with Larry Fitzgerald.

He was taken off the field on a cart in August with the right knee injury that required surgery to repair a torn anterior cruciate ligament. He was hurt during an 11-on-11 drill.

With Justin Smith pondering retirement — or apparently at least still deciding whether to return for a 15th season — Dockett could fill a big need with another veteran presence on the defensive line. The 49ers finished 8-8 and out of the playoffs for the first time in four years, dealing with injuries to several key defensive stars. San Francisco had reached the three previous NFC championship games and lost in the Super Bowl following the 2012 season.

The 49ers have employed several players with legal problems in recent seasons, prompting CEO Jed York to say after 2014 ended that the team needed to be better. San Francisco had 10 arrests involving six different players since January 2012, most in the NFL.

"Our mission is very simple: the San Francisco 49ers win with class. We haven't won, and I don't think we've conducted ourselves with the level of class that I expect of our organization," he said. "We've had off-the-field issues. That's going to happen in sports. The level that it's happened here is not unacceptable."

The 29-year-old Simpson should add depth in a receiving corps that could lose Michael Crabtree in free agency. A second-round pick by the Bengals in 2008, Simpson played his first four seasons in Cincinnati before joining Minnesota.

His 726 yards receiving were a career high in 2013, which came on 48 receptions with one touchdown catch.