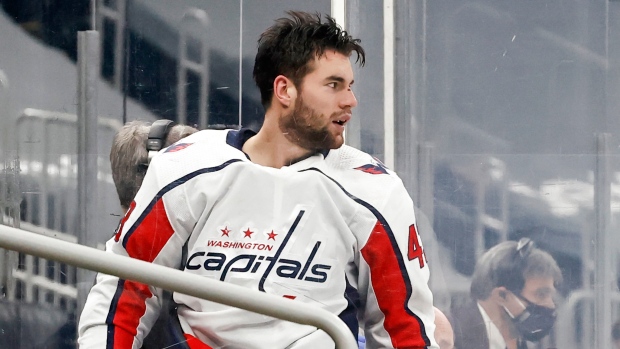 Hearing that Tom Wilson won’t be appealing his 7-game suspension.

Wilson was levied the suspension on Saturday by the NHL’s Department of Player Safety after he was offered an in-person hearing via Zoom.

The incident occurred during Friday night’s game, when Carlo went to play the puck in the corner facing the boards. As he turned toward centre ice, Wilson came in and drove Carlo's head into the boards. Carlo collapsed to the ice and needed help getting to the bench.

Wilson's last suspension was originally a 20-game ban that was reduced to 14 for a pre-season 2018 hit on Oskar Sundqvist of the St. Louis Blues.