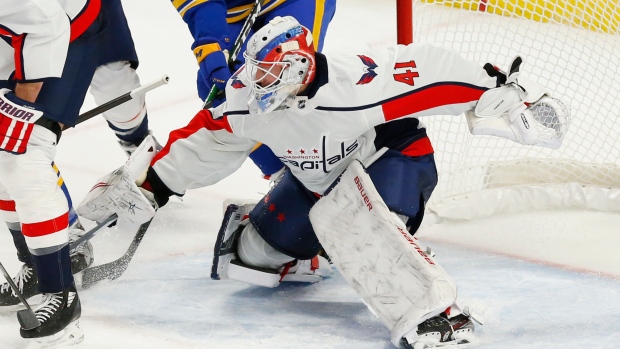 The Washington Capitals are keeping tabs on the goaltender market ahead of the April 12 trade deadline, according to TSN Senior Hockey Reporter Frank Seravalli.

The Captials currently sit atop the East Division while being backstopped by a pair of goaltenders who have never started an NHL postseason game.

"Well, it's certainly going to be a situation that general manager Brian MacLellan monitors here over the next number of weeks before the deadline," Seravalli said on Insider Trading Thursday. "If he's going to go out and do something before the deadline it might be just that, if he feels that either Vitek Vanecek or Ilya Samsonov, who's been recovering from COVID, does not return to form.

"These are essentially two rookie netminders with a roster in front of them that is well-positioned to chase the Stanley Cup again. If he needs to do that certainly could be on his radar moving forward rather than tinker with a depth forward or depth defenceman."

No goaltenders were listed on the initial 15-name TSN Trade Bait board earlier this week.