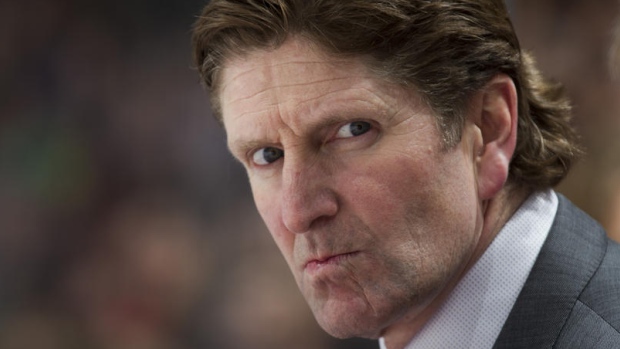 One of the biggest challenges facing proper evaluation of coaching is figuring out the kind of positive or negative impact a head coach is unilaterally having on performance.

Often times, it's very difficult to isolate a coach's performance from a general manager's performance - or vice versa. The nature of the business is that both are heavily reliant on one another and though we can make semi-educated guesses on certain elements, there's still a swath of grey area.

Over longer periods of time, our semi-educated guesses can strengthen in confidence. For example, it would be difficult to argue that Joel Quenneville - who sits third all-time in coaching wins - is not competent at his job.

He's been armed to the teeth with talents like Jonathan Toews and Patrick Kane, but he's also pushed his very talented roster to the greatest of heights. It's likely that Quenneville wouldn't have had the same success in another market, but it's just as likely that general manager Stan Bowman wouldn't have had as much success without Quenneville's brains behind the bench.

Mike Babcock of the Detroit Red Wings is another fine example of this. Revered as perhaps the greatest mind in the sport, Babcock's posted an outrageous 523-281-19 record (.629 point percentage) in his 12-year run and his Red Wings teams have yet to miss the post-season. It's a big reason why there's an obsession in Toronto about landing him in the off-season, even if it's nothing more than a pipe dream. He's a game-changer of the highest order and with a competent front office, he can deliver you a Stanley Cup.

One of the ways I like to separate coaching effects from raw wins and losses - which, again, are really collective accomplishments - is from in-game subtleties.

Tuesday night featured a perfect example of this. The Red Wings, in need of points, were struggling to put away the Arizona Coyotes. Detroit opened the final frame by erasing Arizona's third lead of the night, but followed that up with a pair of penalties – a four-minute double-minor to Marek Zidlicky and a two-minute minor to Darren Helm. This created hockey's most untenable situation – a full two-minute, 5-on-3 penalty kill against the league's seventh-ranked power play.

In the NHL, defending a 5-on-3 generally means deploying one forward and two defencemen in a triangle formation. The two defencemen are usually positioned near the large edges of the faceoff circle, with the lone forward trying to remain positioned in the middle of the ice and guarding the slot. As the puck rotates downward, one defenceman will attempt to force the puck-carrier out wide with his paired blueliner rotating in to protect the net. If used effectively, shots will be kept to the outside where goal-scoring is less prominent.

But not all power plays are created equal. Take for example, the Arizona Coyotes. Outside of maybe Don Maloney and Dave Tippett (and, I think, Mike Babcock), few probably are aware of how much of their power play runs through their blue line. Whereas the vast majority of teams see their forwards handling the bulk of power play shooting, Arizona's the opposite:

Oliver Ekman-Larsson, Michael Stone and the recently-departed Keith Yandle have just been hammering away on the power play. And, as you can see in the above graph, the rate at which these defencemen have generated shots isn't near the league norm.

So how did Mike Babcock respond to the subject penalty kill? First, Babcock – despite having two forwards in the penalty box – decided to send out a two-forward/one-defenceman combination, with Luke Glendening, Drew Miller and defenceman Danny DeKeyser. And immediately after losing the draw in the defensive zone, the Red Wings set up as pictured below:

What you are looking at is a inverted triangle, a penalty kill designed to guard against two defencemen near the top of the zone. Glendening and Miller proceeded for the next minute to work up and down their respective sides, the puck moving from high to low. DeKeyser was burdened with guarding the net area, working from post to post and guarding against the cross-crease pass.

The creative, infrequently used setup threw Arizona for a loop. Unable to generate their attack from the top of the zone, the Coyotes were forced to work down the sides, looking for the cross-crease pass. But DeKeyser never broke out of position and the Coyotes never mounted anything resembling a scoring chance.

On the first sequence, the Coyotes completed ten consecutive low-danger passes (one of which was bobbled by Sam Gagner, stopping the flow altogether). After the tenth pass, Martin Erat took a bad-angle shot, one that was blocked by Drew Miller.

It never really improved from there. Arizona managed just one shot on goal (four attempts total) during the 70-second duration in which the Glendening/Miller/DeKeyser trio were on the ice in their structured inverted triangle - the Coyotes entirely out of their comfort zone. Sam Gagner and Martin Erat in particular struggled to find the seam passes to break the inverted triangle formation and Shane Doan never appeared in position to properly screen Jimmy Howard on the few shot attempts they did generate. And, most importantly, the Ekman-Larsson/Moore pairing never got a real look – something the Coyotes have grown accustomed to this season.

Click here to view the video of how it transpired.

This is just a slice of why Mike Babcock is perceived as a great coach, and not simply a good one on a loaded team. Whereas most coaches may have went to the well of general defensive tactics in an unsavory situation, Mike Babcock got a bit creative, knowing his opposition and their respective strategy before the puck dropped on that shift.

And yes, that's one of many reasons why he is going to become the league's highest paid coach this summer.