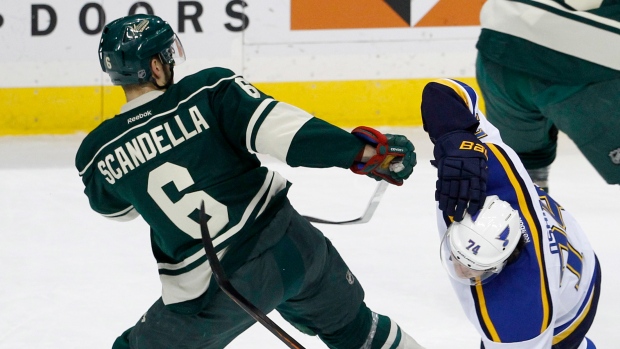 The Minnesota Wild defeceman Marco Scandella has been fined $2,755.38 for an illegal check to the head of St. Louis Blues forward TJ Oshie.

The incident occurred in the first period of the Blues’ 3-2 shootout win on Saturday night. Scandella was penalized for the play, while Oshie returned later in the game.

Oshie missed time earlier in the season because of a concussion. He has six points in 17 games for St. Louis.

Scandella has no disciplinary history.