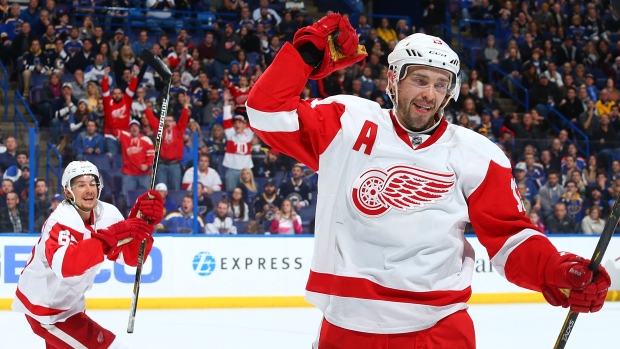 The procedure was to repair ruptured tendons the 36-year-old incurred whilst blocking a shot late in the season. The recovery for such an injury normally requires four to six weeks in a cast, meaning that Datsyuk's status for training camp is up in the air.

The four-time All-Star appeared in 63 games last season for the Red Wings, finishing with 26 goals and 39 assists. It was the eighth time in his 13-year NHL career that Datsyuk reached the 20-goal plateau. Datsyuk chipped in three goals and a pair of assists in Detroit's seven-game Atlantic Division playoff series loss to the Tampa Bay Lightning.

A two-time Stanley Cup winner, Datsyuk will turn 37 on July 20.