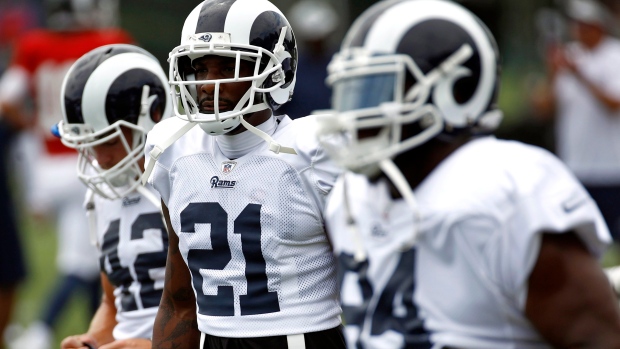 THOUSAND OAKS, Calif. — With an extra week to reflect on a Monday night shootout in which the Los Angeles Rams allowed 51 points and 546 yards to the Kansas City Chiefs, defensive co-ordinator Wade Phillips was focused on the positives.

The Rams had three interceptions, recovered two fumbles, scored two defensive touchdowns and were able to add one more win to their record.

"Yeah, we want the five turnovers," Phillips said Thursday. "We don't want all the other stuff. But that's what we're working towards."

After a sterling start to the season that included six consecutive scoreless quarters and allowing Arizona to run one play in Rams' territory in a dominant 34-0 win, Los Angeles has allowed 31 or more points in five of its past eight games. That total includes each of its past three games, but Phillips remains upbeat about the trajectory of his defence.

The main source of that optimism comes from the Rams' ability to generate takeaways against the Chiefs. The defence did not have an interception in its three previous games against Aaron Rodgers, Drew Brees and Russell Wilson, and it forced only two fumbles in those three games against Green Bay, New Orleans and Seattle, but was able to turn up the pressure against the Chiefs.

Phillips was especially pleased with the interceptions by cornerback Marcus Peters and safety Lamarcus Joyner in the final minutes when the Chiefs had chances to tie or win the game. The ability to make plays in critical moments, Phillips said, has been one of the defence's best attributes.

However, Phillips would like to see improvement in other areas start this week against the Detroit Lions when the Rams (10-1) can clinch the NFC West with a win.

It could come with cornerback Aqib Talib on track to play for the first time since sustaining a high ankle sprain that required surgery against the Los Angeles Chargers in Week 3.

Rams coach Sean McVay said Talib made it through practice Wednesday without any setbacks and expected the veteran defensive back to play against the Lions.

McVay called Talib's impending return a "big boost to our football team," but said the exact nature of his participation would be determined later in the week.

"What does that mean in terms of snap count, what exactly that role is, really it is something that we're going to continue to evaluate based on the way his ankle responds," McVay said. "If things go the way we anticipate, we hope and what we expect, then I think you can expect to see him play."

"For him to be back on the field, I think it only makes everybody better. Listening to a veteran call things out — 'Watch out for this, watch out for that' — he's real good at things like that," Robey-Coleman said. "When we got him back, it's like all our confidence came back in a sense."

The Rams should also have outside linebacker Matt Longacre back in the lineup against the Lions. Longacre was a surprise inactive against the Chiefs, which McVay said was solely because of the game plan for that week and not because of performance. Longacre has appeared in 10 games this season, making seven starts, with 15 tackles and one tackle for loss.

"It wasn't anything Matt did or didn't do," McVay said. "He's been a very good player for us, but he didn't do anything that was like, 'OK, he's not playing at a certain level.' It was just specific to the game plan."

NOTES: Defensive tackle Ethan Westbrooks participated in Thursday's walk-through after not practicing Wednesday because of illness. With LT Andrew Whitworth and C John Sullivan were both full participants Thursday after getting a day off to rest, every player on the Rams roster was available.