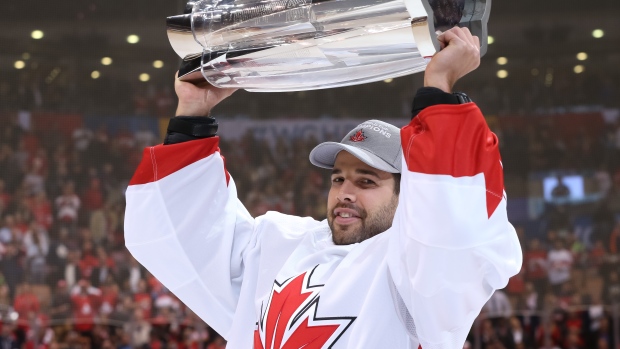 Last fall's World Cup of Hockey might be the last edition of that tournament for a while.

Hearing from senior @IIHFHockey types that if the @NHLPA re-opens the CBA before the 2020/21 season, a World Cup in 2020 is unlikely.

The reasoning behind that thinking is that a repeat of 2004 is to be avoided.

The thinking is that the NHL would not want a repeat of 2004, when the World Cup was followed immediately by a lockout.

After Canada's triumph over Finland in the gold-medal game in Toronto on September 14, the NHL locked out the players on September 16. The lockout would drag on for over 10 months and wipe out the 2004-05 NHL season.

While a lockout in 2020 is not a certainty, the spectre of one does loom large.

Last December, the NHLPA rejected the league's offer of tacking an extra two years on the current agreement in exchange for participation in the 2018 Winter Olympic Games in Pyeongchang, South Korea.

Olympic participation, contract length and escrow could all be points of contention if the current CBA is, in fact, re-opened.