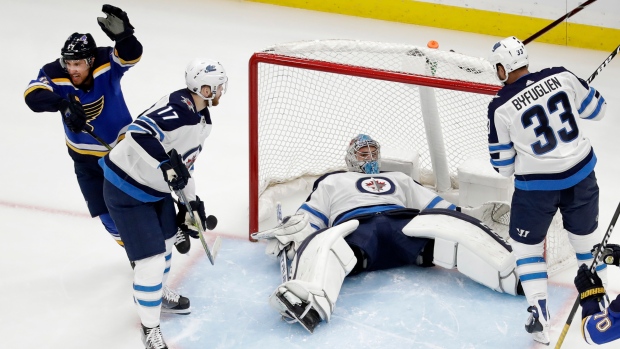 Hockey players are conditioned to think that winning the Stanley Cup means going through the best teams to be the best team.

That doesn't mean they are blind to some of the inequalities of the NHL's current divisional playoff format. An Associated Press/Canadian Press survey of NHLPA representatives from all 31 teams shows that almost half favour changing the format — and most of those support going back to seeding the Eastern and Western conferences 1 through 8, the structure that was used from 1994-2013.

This is the sixth playoffs where each division's top three teams and a wild card are bracketed together with no reseeding by round. A year ago, Nashville and Winnipeg finished first and second in the league in points and met in the second round. The same thing happened with Washington and Pittsburgh in 2017.

"It's kind of tough the fact that a lot of good teams are going out first or second rounds," Columbus defenceman David Savard said. "I think maybe we need to look back at maybe 1 against 8 and play that format."

Savard was among 15 player representatives (48.4 who said the divisional format should be changed. Seven (22.6%) others said it should stay the same and the other nine (29%) were noncommittal. The players were surveyed March 7-April 4, before the playoff matchups for this year were fully set.

The NHL went to back to a divisional structure similar to what it used from 1982-93 in large part to create or revive rivalries. Toronto and Boston are going to a Game 7 in the first round for the second consecutive year, while the Capitals and Penguins met in the playoffs three times in a row with each series going at least six games.

"I think it's good for the rivalries," said New Jersey goaltender Cory Schneider, who supports the current format. "I think it's good for the teams seeing each other year after year. You can cry what's fair or not fair, the two best teams meeting in the second round, but it's going to be great hockey one way or another. I think that's the best part about the playoffs is that it's a two-month gladiator event where everyone just beats the crap out of each other."

Presidents' Trophy winner Tampa Bay losing in the first round to eighth-seeded Columbus is more of a Lightning problem than a format problem. If the Lightning had gotten past the Blue Jackets, a potential second-round series against the Bruins would have guaranteed to knock out one of the top three teams in the league before the conference finals.

Travel is the biggest concern among players when it comes to a playoff format, and it's much more of an issue in the spread-out West. Grouping by divisions is designed to limit those issues, but the wild-card system means a team like Nashville could face a team from California, Vancouver, Edmonton or Calgary in the first round if it lines up that way.

"The biggest issue is probably the travel for the Western Conference," said Predators defenceman Yannick Weber, who did not indicate a preference either way for changing the format. "If we have to go to California for each round and Eastern teams have a little bit of an easier schedule, I think that's the only downside from it."

The most equitable format is seeding playoff teams 1 through 16, which the NHL tried in 1981 and 1982. The potential for cross-continent travel in each round is the biggest impediment to making that leap.

The Southern Professional Hockey League has tested a "challenge round" format where the top three seeds in each conference get to pick their first-round opponent from seeds 5-8.

A pick-your-opponent format would create plenty of bulletin-board material for lower-seeded teams. But in a sport where matchup advantages, injuries and momentum matter more than the results of an 82-game regular season, it could silence complaints that the current format devalues everything from October through March.

"It almost gets to a point that the regular season doesn't really mean anything because you see those divisions, there's such a big difference between them," Pittsburgh defenceman Kris Letang said. "If you have to cross over and now you're facing an easier division because you're a wild card, doesn't seem to be fair for me. The whole regular season needs to have a bigger effect on the playoffs."

That's where the argument comes in that the NHL should move to a play-in system like baseball, perhaps where the Nos. 7 and 10 seeds and Nos. 8 and 9 seeds in each conference play once to see who gets in. That would theoretically give more of a boost to the top two teams in the East and West.

But this format is locked in through at least next season.

Colorado's Ian Cole, who played twice in the recent Penguins-Capitals playoff trilogy, supports the division rivalry format because it's doing what it intended: generate interest.

"We were actually talking about it the other day in the locker room: As much as you'd like to see one through eight or one through 16, then you're having Calgary playing Florida, for instance, in the first round," Cole said. "Does that move the needle, as opposed to Boston versus Montreal, which certainly does move the needle?

"I think there was some good thought behind it and yeah, sure, there are going to be some divisions stronger than others. Some teams are going to get left out because of that or get in because of that. It's one of those things that this is the current format and we work with it the best we can."