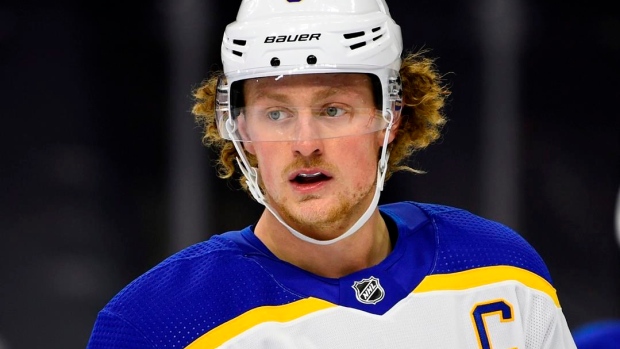 It appears there could be some movement on the Jack Eichel trade front.

TSN Hockey Insider Darren Dreger reports that ongoing discussions and additional access to Eichel’s medical file has helped teams with trade interest clearly see his situation. He adds that both the Sabres and Eichel are hopeful a deal can be worked out soon with one of the interested teams.

Sources say the Eichel saga may be shifting. Ongoing discussions and additional access to Jack Eichel’s medical file has helped teams with trade interest clearly see his situation. Both sides are hopeful something can be worked out soon with one of the clubs in the mix.

Dreger said last week on Insider Trading that the Sabres were sharing Eichel's medical information with teams that have trade interest, noting the National Hockey League and the NHL Players’ Association had also been involved in the standoff between the two sides over how to treat the centre's neck injury.

Sabres general manager Kevyn Adams announced last week that Eichel, who failed his physical ahead of training camp, had been stripped of the team's captaincy. Adams reiterated that Eichel was unwilling to treat his injury in the way the Sabres have suggested, adding he would start the season on long-term injured reserve.

"I think we would all agree that we were hoping to avoid surgery…unfortunately, yesterday Jack did not pass his physical. At this point, Jack is not willing to move forward with what our doctors are suggesting...we will continue to work toward a solution," Adams said.

Eichel is looking to have artificial disc replacement surgery, but the Sabres are against him having the procedure because it has never been performed on an NHL player and prefer him having the disc fused.

“The hockey world believes a healthy Jack Eichel is a franchise player and these type of situations don’t come up very often where players are moved,” Adams added last week. “We believe there’s value on Jack Eichel and we will do what we need to do as an organization to do the best we can moving forward.”

He had served as captain of the Sabres since 2018.