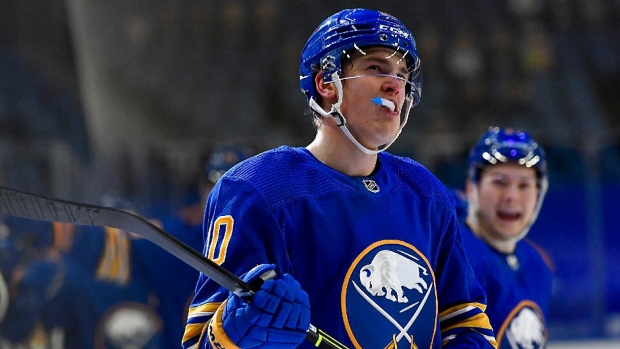 After re-signing Casey Middlestadt earlier on Thursday, the Buffalo Sabres have taken another restricted free agent off the board.

The team announced that Henri Jokiharju has agreed to a new three-year, $7.5 million deal.

We’ve signed Henri Jokiharju to a three-year contract with an AAV of $2.5 million.

The 22-year-old defenceman appeared in 46 games for the Sabres last season, scoring three goals and adding five assists over 18:23 of ice-time a night.

The 27th overall pick of the 2017 NHL Entry Draft out of the Western Hockey League's Portland Winter Hawks by the Chicago Blackhawks, Jokiharju was acquired by the Sabres in the summer of 2019 in exchange for forward Alexander Nylander.

A native of Oulu, Finland, Jokiharju has appeared in 153 NHL games over three seasons with the Blackhawks and Sabres.