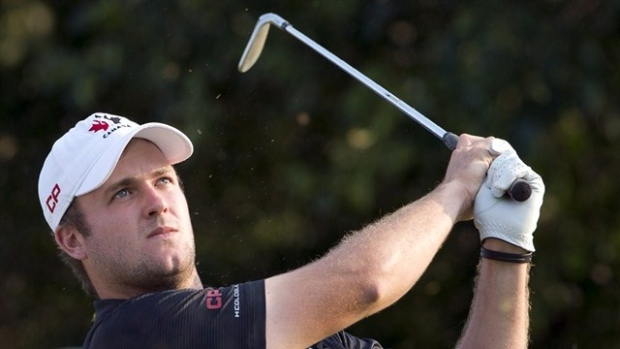 Taylor Pendrith has come to accept that his path to the PGA Tour is going to be longer and have a few more twists and turns than some of his peers.

After two injury-plagued seasons, Pendrith just missed out on earning a card on this season's Web.com Tour after a disappointing round in the second stage of qualifying school on Nov. 9. He's vowed to learn from that event and is determined to make the Web.com Tour by the end of 2019, and wants to have a strong showing on Canada's Mackenzie Tour in the meantime.

"I was trying too hard to make birdies instead of just letting them come naturally," said Pendrith about the fateful round. "I learned that patience is key. Whether you're having a good round or a bad round you're going to get good breaks and you're going to get bad breaks, that's just the way golf goes.

The native of Richmond Hill, Ont., is spending his winter in Florida, participating in Monday qualifiers for Web.com Tour events before he begins the Mackenzie Tour season at Vancouver's Point Grey Golf and Country Club on May 23-26. Nearly making the Web.com Tour in November taught him that he can compete in the higher levels of the professional ranks.

"Stuff happens, it's all good," said Pendrith. "I've learned that I belong out there. I want to play out there and can compete and win on the Web.com, it just might take a little longer. Some people's paths are longer, some people's are right to the Web, to the PGA Tour, and some guys take three, four, or five years.

"It's all good, I've embraced it and I'm just looking forward to it. I have a place to play this year in Canada and I'm excited to get it going and have a really good 2019."

Pendrith has a clean bill of health after struggling with ongoing wrist issues, a partially torn tendon in his arm and a torn muscle in his palm, that disrupted his 2016 and 2017 seasons. Those injuries were especially hard on Pendrith, who is renowned for his power game.

Pendrith has the full support of Golf Canada, getting named to the 2019 Team Canada Young Pro Squad on Jan. 19. National men's head coach Derek Ingram feels the sky's the limit for Pendrith's potential.

"Taylor's one of the best prospects to come out of Canada in the last 50 years, quite frankly," said Ingram. "He's a unique player in the sense that he hits it so far and he's quite straight. He's just a tremendous player.

"If he didn't get derailed by injuries the past two-plus years I personally think he'd be on the PGA Tour already. It takes time but he's a tremendous talent and a guy with really good habits."

As Pendrith waits for the Web.com Tour's events in the southern United States to begin — the first event is the LECOM Suncoast Classic in Lakewood Ranch, Fla., on Feb. 14 — he's working on finding consistency on the green.

"I'm going to play in probably six Monday qualifiers basically until the Canadian Tour season starts," said Pendrith. "It would be great to play my way into a tournament and try to have a good finish there. Worst case scenario, Plan B, is to come back and prepare for a great season in Canada.

"My goal this year is to win a tournament, whether it be on the Canadian Tour or the Web.com Tour. It would just help me get that winning mindest back."