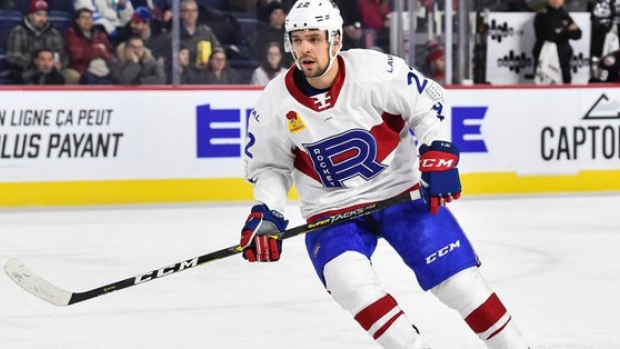 Belzile, 28, scored seven goals and tallied 14 points in 20 games this season with Laval in the American Hockey League.

Evans, 24, made his postseason debut in Game 3, replacing Jordan Weal. He had two goals and three points in 13 games during the regular season.