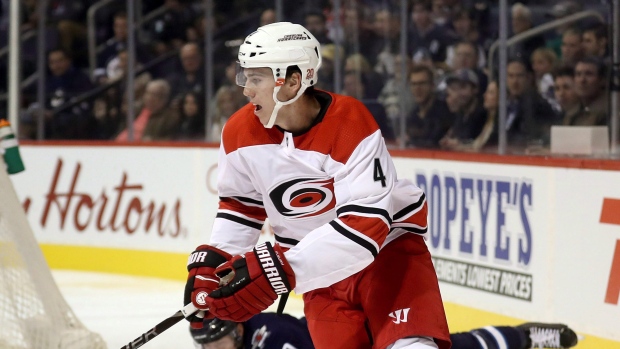 Fleury, 24, had four goals and 14 points in 45 games with the Hurricanes in 2019-20. He had two goals in eight playoff games in the NHL's Return to Play as Carolina was eliminated in the first round by the Boston Bruins.

A first-round pick (seventh overall) by Carolina at the 2014 NHL Draft, Fleury has recorded four goals and 23 points in 132 career NHL games.