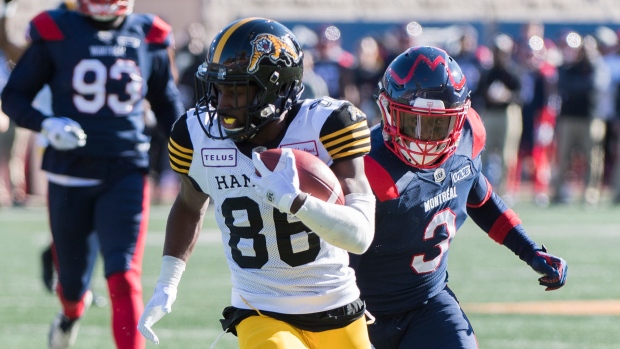 The 26-year-old finished last season with 95 receptions for 1,236 yards and seven touchdowns in 16 regular season games for the Tiger-Cats last season.

"Addison took his time weighing offers from the Vikings, San Francisco 49ers, and Cleveland Browns before finally making a decision," TSN's Farhan Lalji reported. "Addison does have a relationship with All-Pro receiver Stefon Diggs. The two played high school football in the same area and Addison did reach out to Diggs and sought his advice before finally making a decision.

"With Addison, he’s not necessarily going to be a player that gets involved in the return game or play on specials, he’s not necessarily a pure straight line speed guy, but he does have a tremendous amount of quickness and if he’s going to make this team he’s going to have to do it as a slotback. He does have some versatility, he has plenty of intelligence, and can be moved around in an offence."