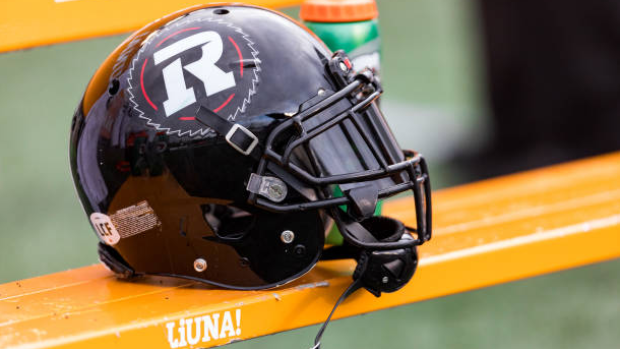 The CFL has cancelled its 2020 season because of the COVID-19 pandemic.

It marks the first year the Grey Cup won't be presented since 1919.

The nine-team league announced the move Monday, dashing hopes of a shortened season in the hub city of Winnipeg.

"Our league governors decided today it is in the best long-term interests of the CFL to concentrate on the future," commissioner Randy Ambrosie said in a statement.

"We are absolutely committed to 2021, to the future of our league and the pursuit of our vision of a bigger, stronger, more global CFL."

The move comes after the CFL couldn't solve a number of issues in an effort to try to salvage a season.

The league was unable to secure financing from the federal government after presenting Ottawa with a $30-million, interest-free loan request Aug. 3 to stage an abbreviated 2020 campaign. News of the deal falling through broke Sunday night.

The league had maintained it required government funding to stage a shortened season, despite having a far more stable ownership situation than in previous years.

However, Ambrosie has said the league lost more than $20 million last season.

"Even with government funding and a new CBA, our owners and community-held teams would have had to endure significant financial losses to play in 2020," Ambrosie said.

"Without it, the losses would be so large that they would really hamper our ability to bounce back strongly next year and beyond. The most important thing is the future of our league."

The CFL said the federal government suggested the league pursue a commercial loan, which would be partially backed by Ottawa.

"That kind of arrangement would hamper our recovery more than bolster it. On two occasions, in June and again at the beginning of August, the government reached out to us with new indications they might step up and help in a more meaningful way. But at the end of the day, the help we needed to play this year never materialized," Ambrosie said.

"This outcome after months of discussions with government officials is disappointing. But we’re focused now on the long-term future and we will continue to work with the federal and provincial governments in that context."

Approval from the Public Health Agency of Canada also was needed.

Dr. Howard Njoo, Canada's deputy chief public health officer, said last Friday he was encouraged by the CFL's plan, but couldn't provide a timeline for a decision the league quickly needed to try to stage a season.

With the cancellation, the CFL becomes one of the few major North American pro sports leagues to wipe out play in 2020. Major League Baseball is running a shortened season, while the NHL, NBA and Major League Soccer have resumed play. The NFL says it's planning to start its season on time next month.

Unlike other major leagues in North America, however, the CFL does not have the luxury of a billion-dollar television contract. While its deal with TSN has become more lucrative over the years, the CFL remains a gate-driven league — which is a major problem when fans aren't allowed in the stands.

CFL officials announced in late July they had chosen Winnipeg as a hub city for a regular season with six games, followed by an eight-team playoffs. No fans were scheduled to be in attendance.

But it was contingent on the league securing financial assistance from the federal government, solidifying an extension of the collective bargaining agreement and approving health-and-safety protocols.

While the CFL said it could have staged the Grey Cup game after its traditional late November date, time was running thin to get about half the league's players back to Canada, follow quarantine rules, stage training camps and hold a season and playoffs.

The CFL also couldn't line up federal funding. In late April, Ambrosie told The Canadian Press the CFL was seeking up to $150 million in federal assistance in the event of a wiped-out season.

The league dropped its ask to about $44 million in the summer as it tried to find a way to grapple with next to no revenue. Later, it requested the loan of $30 million.

Meanwhile, the league also struggled to mend fences with the CFL Players' Association. Politicians from all major parties criticized the CFL for not having its players involved in its initial financial assistance request.

While the players eventually supported the league's second financial assistance proposal, the two sides could not come to terms on an extension of the CBA, though the CFL said it was close to a deal when it called off the season Monday.

When the pandemic first hit in March, the CFL had time on its side, with training camps not set to open until May.

But as the situation worsened around the world, the CFL had to start postponing camps and, eventually, the start of the regular season in June.

Later, the CFL pulled the plug on the Grey Cup game in November in Regina, saying the model would not work without fans. The league hoped at the time to play the Grey Cup in either the city with the best record or the hub city.

While the NHL, NBA and Major League Soccer adopted hub-city formats to get going and Major League Baseball went with a travel plan, the CFL was left watching all those other leagues begin or resume play this summer.

It marks the first time the CFL won't crown a champion since it was founded in 1958.

Before that, amateur leagues and other circuits competed for the Grey Cup. It was last not awarded in 1919 — which also happened to be during a pandemic — because of a rules dispute in the west, lack of interest in the east and education concerns in the university ranks.

The cancelled season is a blow for Ambrosie, who took the job in 2017.

One of his biggest objectives has been expanding the CFL's footprint internationally with his CFL 2.0 initiative, holding combines in countries around the world and creating roster spots for international players.

But the pandemic quashed plans for a second global draft this year. International players made minimal impact following the first draft last year.

Ambrosie appeared to solve one of the league's biggest problems early this year when Toronto businessmen Sid Spiegel and Gary Stern were introduced as owners of the Montreal Alouettes, who were run by the league and financed by other teams last season after owner Robert Wetenhall stepped away.

Fresh off their first trip to the playoffs since 2014 under new coach Khari Jones last season and bolstered by new owners, the Alouettes never got a chance to build on that momentum.

The league has long-running attendance problems in its two other biggest markets, Toronto and Vancouver, which now will turn their sporting focus to other teams with active seasons.

The cancellation also puts the new-look Edmonton team on hold. The team announced it was dropping the name Eskimos this summer after facing pressure from sponsors, along with other teams with racist or stereotypical names.