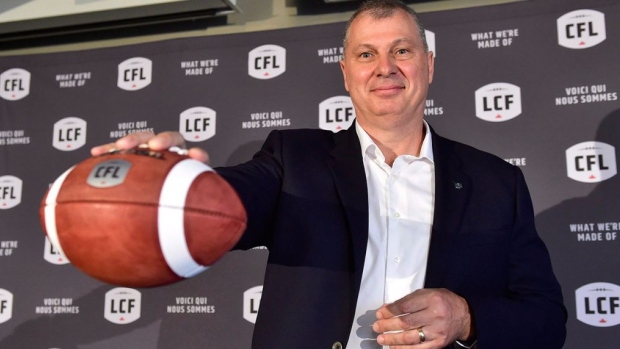 The league announced Tuesday it has reached a partnership with the Confederacao Brasileira de Futebol Americano (CBFA). Brazil becomes the 13th country to sign a co-operative agreement with the CFL since November 2018.

"It is an honour to be part of this exciting partnership," CBFA president Italo Mingoni said in a statement. "Our work together will showcase the talent and skill of Brazilian players on the world stage and further develop the foundations of the game in our country."

"Our international partnerships now include the leading football federations and leagues in South America, Europe and Asia, as well as, Mexico," said CFL commissioner Randy Ambrosie. "Together, we are building new pathways for players from around the world to seek opportunities in the CFL, for Canadians to play in other countries, and for the league to share its experiences and expertise on coaching, officiating and player development."

There are more than 18,000 football players registered in regional leagues in Brazil, with the first and second divisions organized by the CBFA having 30 teams each. The CBFA boasts over 400 men’s and women’s squads competing in tackle, flag and beach football.

It also manages the men’s and women’s national teams.

Last year, the CFL's nine member clubs featured specially designated “global” players on their rosters for the first time. The league will expand the initiative to include up to 45 global players in 2020.

The CFL is also holding scouting combines this winter in Europe, Japan and Mexico before staging a global draft in April.