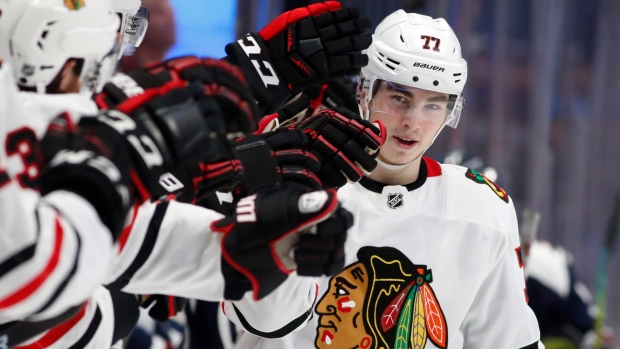 Chicago Blackhawks forward Kirby Dach could miss the upcoming season after he had wrist surgery on Monday.

Dach, who turns 20 on Jan. 21, got hurt on what seemed like a harmless bodycheck in the neutral zone in the third period last Wednesday. After the hit, the Canada captain pulled off his glove, skated off the ice and went directly to the locker-room area in Edmonton, Alberta.

Dach was selected by Chicago with the No. 3 pick in the 2019 draft. He had eight goals and 15 assists in 64 games during his rookie season with the Blackhawks.

Dach’s injury is another tough blow for rebuilding Chicago after Alex Nylander, another young forward, had surgery last week to repair a meniscus tear in his left knee. He also might be sidelined for the entire 2021 season.

Chicago bolstered its forward depth by agreeing to a $1 million, one-year contract with free-agent centre Carl Soderberg on Saturday. The 35-year-old Soderberg had 17 goals and 18 assists in 70 games for Arizona last season.