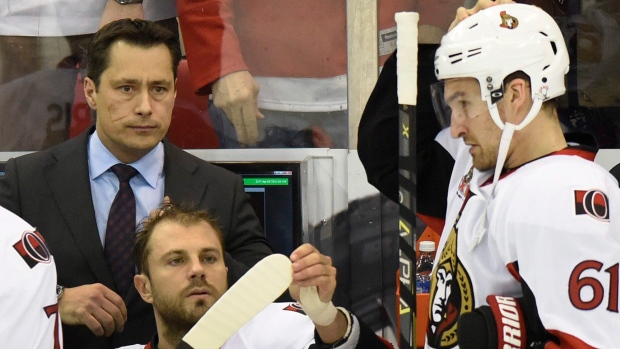 The Eastern Conference playoff field could be set Thursday night, as the Ottawa Senators and Toronto Maple Leafs can lock up the final two spots.

The Senators (42-27-10) can clinch their playoff spot by earning a single point against the Boston Bruins. However, should the Senators lose in regulation, the team can still clinch if the New York Islanders and Tampa Bay Lightning lose in any fashion. The Senators can move into sole possession of second place in the Atlantic Division with a win over the Bruins tonight. This is the Senators first opportunity to clinch a playoff spot.

The Senators are 3-0 against the Bruins this season.

The Maple Leafs (39-25-15) will clinch a playoff spot by defeating the Lightning in any fashion at home Thursday. The Leafs can also clinch their playoff spot by losing to the Lightning in a shootout and having the Islanders lose to the Carolina Hurricanes. A shootout loss would ensure the Lightning cannot catch the Maple Leafs in regulation and overtime wins this season (the first playoff tiebreaker), but in the Islanders still could by winning out and having the Leafs lose their remaining two games.

The Maple Leafs would have clinched a playoff with a win over the Washington Capitals Tuesday. The team is 2-1 against the Lightning this season and defeated Tampa Bay 5-0 in their most recent meeting on March 16.

Though the playoff field could be set as soon as Thursday, seeding will remain on the line through the weekend as the Leafs, Senators and Bruins compete for the second and third place spots in the Atlantic. The team that finishes in the final wild-card spot will face the Washington Capitals in the first round.