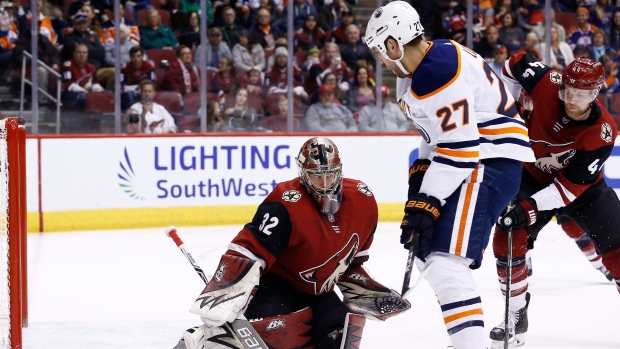 GLENDALE, Ariz. — Arizona Coyotes goalie Antti Raanta is out indefinitely and could miss the rest of the season with a lower-body injury.

Coyotes general manager John Chayka said on Sunday that Raanta had a procedure on the injury that revealed more damage than originally thought.

Raanta was placed on injured reserve this weekend, though Chayka said he could be out for the rest of the season.

Raanta has been limited to 12 games due to injury this season and hasn't played since leaving with a lower-body injury against Minnesota on Nov. 27.

The Coyotes acquired Raanta in a trade from the New York Rangers prior to the 2017-18 after dealing away No 1 goalie Mike Smith. Arizona hoped Raanta would fill the No. 1 role after being a backup, but has struggled with injuries during two seasons in the desert.

Raanta played 47 games last season and is 5-6 with a 2.88 goals-against average this season.