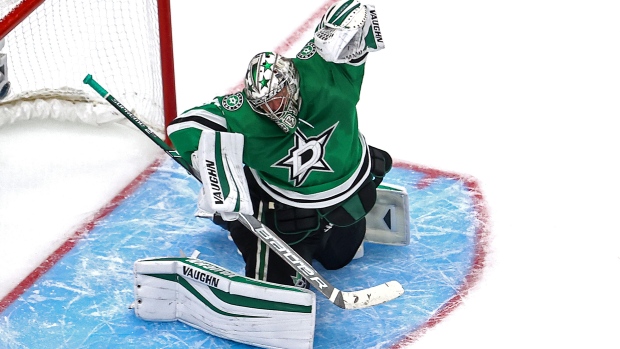 Dallas Stars veteran goalie Anton Khudobin cleared waivers on Tuesday and he will be sent down to the Texas Stars of the American Hockey League.

TSN Hockey Insider Pierre LeBrun reports that teams have shown interest in acquiring Khudobin, but would prefer to pick him up via a trade so the Stars can eat some of his salary or take a contract back.

Teams have kicked tires on Khudobin so the Stars do have some interest out there. But obviously teams would rather trade for him and have Dallas eat some of the salary or take a contract back. In meantime, Khudobin will go play some AHL games https://t.co/ejZxKIBtm8

The 35-year-old is in the second year of a three-year contract worth an average annual value of $3.33 million.

Khudobin is in his fourth season with the Stars, but has only appeared in seven games with a 3.73 goals-against average and a 0.873 save percentage in 2021-22.