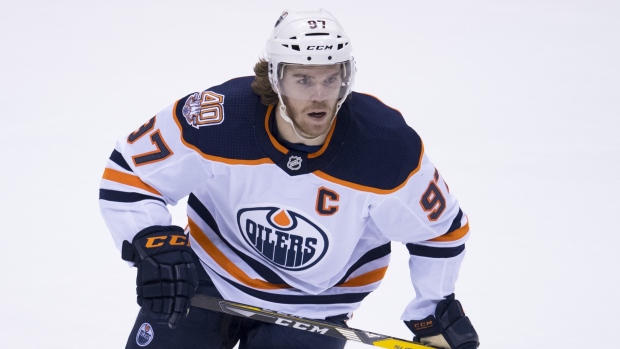 New Edmonton Oilers head coach Dave Tippett is looking to focus on using Connor McDavid for his offence this season, and therefore plans to cut down his time on the penalty kill.

Tippett told The Athletic that McDavid will spend less time on the ice when the Oilers are down a man and didn't rule out the possibility of the star centre spending a full two-minute power play on the ice.

"I would venture guessing he’s going to play less PK this year. I would like to see him more at 5-on-5 and on the power play," Tippett said.

"As for the power play, that’s an interesting one. There are times when your power play goes out and you’ve got them hemmed in that end. You’re not using as much energy as when you’re going up and down the ice four or five times. Then there’s time for a change. That one’s a hard one to say. If your top players aren’t tired and they’re creating chances and creating momentum for you, you let them play.

"But for the PK, my goal to start here is to have both Connor and Leon (Draisaitl) play less penalty kill than they did last year and have them fresher for 5-on-5 and the power play."

McDavid averaged the most time of any forward in the NHL last season at 22:50 per game, followed closely by Draisaitl, who was second in the league at 22:35.

Tippett said at his introductory news conference in May that he planned to play McDavid and Draisaitl together this season. He noted to The Athletic that the recent addition of James Neal has opened up the possibility of separating the two, but still expects the pair to open the season together.

Neal, who was acquired earlier this month from the Calgary Flames for Milan Lucic, spent his rookie season playing under Tippett with the Dallas Stars in 2008-09. Tippett said he remains close with Neal and is expecting the 31-year-old come ready to play in training camp.

"First and foremost, I’m expecting a very motivated player," Tippett said. "I think both those players in that deal were looking for a change a little bit. It’ll help both of them.

"I’ve known James for a long time. I coached him early (in his NHL career) and I’ve bumped into him along the way. I’ve pretty familiar with the assets that he has. We’ll try to put him in places where he can use those assets to help us win. He’s enthused.

"I think he was embarrassed with his season last year and wants to improve. He’s putting in a lot of work this summer and he’s excited to get back up and going again. Hopefully he can come in and have some success with us."