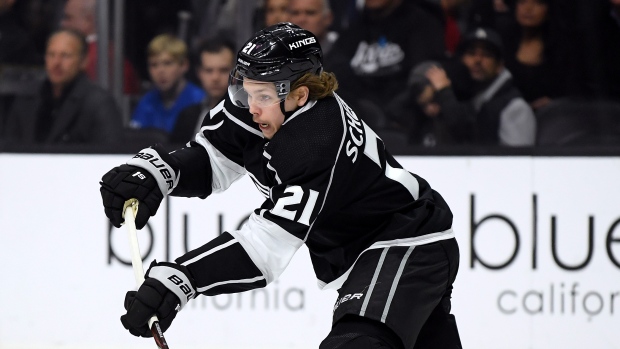 Head coach Willie Desjardins said Sunday he was hoping Scherbak would clear and continue to develop within the organization.

“I like his skill, I like his attitude. He’s got a good attitude, he wants to get better,” Willie Desjardins said Sunday, per LA Kings Insider Jon Rosen. “Last game he laid down and blocked a shot. He was a long ways away. That’s something you usually wouldn’t do, but he’s doing it because he wants to play.

"But, right now he’s not quite at the level we need him, so it’s good if he goes down. He can improve. Hopefully if he ever gets his game on track, he’d be a guy that can help us.”

Scherbak scored one goal over eight games with the Kings since they claimed the Russian off waivers from the Montreal Canadiens in early December. He was a healthy scratch in five of the team's six games.

The 23-year-old scored one goal over five games with the Laval Rocket of the American Hockey League this season.

Selected by the Canadiens 26th overall in the 2014 NHL Draft, Scherbak has six goals and two assists over 37 career NHL games with Montreal and LA.