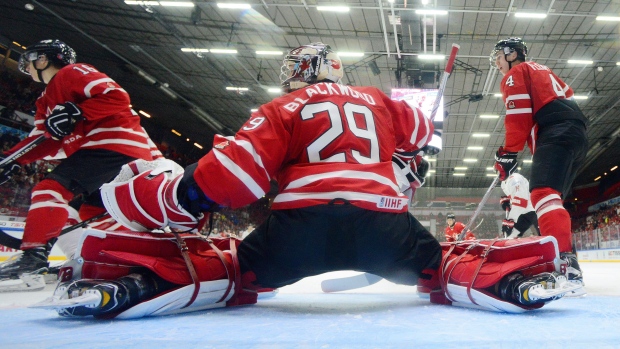 Executive vice-president and general manager Ray Shero did not announce the financial terms of the deal on Wednesday.

Blackwood was selected by New Jersey in the second round of last summer's draft. The 19-year-old is playing in his third season at Barrie and he leads the OHL in save-percentage (.932) and is second with a 2.36 goals-against average.

Blackwood participated in the Devils' training camp in September, but did not play in any preseason games.