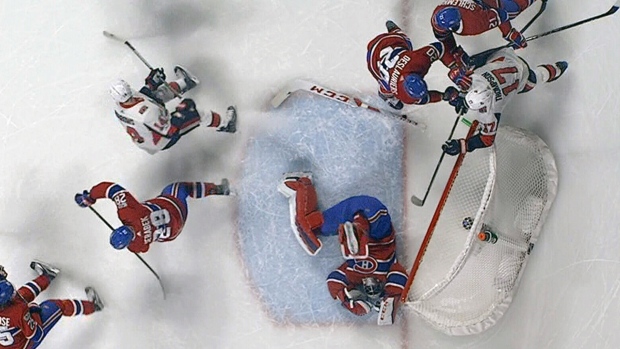 NHL general managers discussed the idea of adjusting the criteria of the league’s concussion protocol during GM meetings last March in Florida.

The discussion was focused on goalies. Some questioned whether the standards for such a key player in the game should be altered. The fear, unfounded as the group ultimately decided, was based on the potential of teams taking an “open season” approach by purposely trying to make contact with the goaltender to encourage the league’s concussion spotters to remove him from the game for mandatory testing.

Just two weeks prior to the GM meetings, Arizona Coyotes goalie Mike Smith was pulled early in the third period of a game against Anaheim after losing his mask in a collision with Ducks forward Jakob Silfverberg.

Smith was furious after being told he had to leave the game to complete the concussion protocol process and reportedly told his trainer that he wasn't leaving the net. He relented after the referee explained the game couldn’t continue until he left the ice.

The very essence of concussion protocol is based on the safety of the player. Sure, the strict guidelines now enforced have been encouraged by off-ice legal wrangling and a growing awareness of concussion- related issues, but players themselves are far more sensitive to the symptoms of the injury and obviously, the potential of long-term problems.

To some degree, the pendulum is starting to swing the other way. Rather than debate the merit of a player/goaltender being removed, now we question when a player isn't pulled after an incident that seems to meet at least some of the criteria.

Case in point: Wednesday’s game between the Montreal Canadiens and Ottawa Senators. Carey Price is knocked down after taking Nate Thompson's stick to the head and instantly clutches his head.

This video has been edited by TSN, but it shows both the real-time angle as well as a collection of slow-motion options to fully illustrate the example - including Price's immediate reaction to the collision and his response following the incident. If there's a line for concussion spotters, Price had to have been right on it.

Social media was quick to question why Price wasn't pulled by the league, based on the Habs goalie clutching his head at least twice in the aftermath. Clutching of the head can be a clear sign of injury, but the NHL also submits it's not a reliable indicator of a concussion. Players touch or clutch their head all the time for a variety of reasons, including in an attempt to draw penalties. So, the concussion spotters assigned to this game would have monitored Price for other signs or symptoms, like his movements during play and if any extra attention was paid to him during stoppages or TV timeouts following the mishap.

If any of these visible signs had been picked up by the spotter the outcome of this scenario would have been different.

Given that Price successfully shut down the Senators in a 2-1 victory Wednesday and swiftly responded with 28 saves in a 6-3 Montreal win Thursday in Detroit, he appears injury-free, so the NHL made the right call.

But, it might be difficult to find another case as close as this one must have been.

The OHL, QMJHL and WHL leaders share concerns over the possibility their players will be asked to play in both the World Junior Hockey Championship in Buffalo and the Winter Olympics in South Korea.

For the moment, Sarnia’s Jordan Kyrou, London’s Robert Thomas and Sam Steel of the Regina Pats appear to be the frontrunners for this possibility, although several junior players have been identified as candidates. The teams and leagues are very supportive of an either-or format, but worry about the wear and tear on these young players if they’re asked to represent their country in both events.

Steel, a first-round pick of the Anaheim Ducks, played 89 games last season, including 23 in the postseason, before getting drafted by the Ducks, which consumed a good portion of his off-season. The 19-year-old forward had less than three weeks off, so from the position of the Pats is: As great as it might be to play for Canada in both the World Juniors and the Olympics, when is it too much?

The reality is that Team Canada GM Sean Burke could sure use the speed and skill these young players provide. Given the uncertainty of KHL players being allowed to participate in PyeongChang, Hockey Canada may not have much of a choice.

Sources say that while there was some progress made during Thursdays call, the either-or option the CHL seems to prefer isn't something Hockey Canada is ready to commit to. Unless there is a conclusion to this issue before the start of the World Juniors, this could be a main storyline or even a distraction for the players involved, with the pressure of a potential spot on the Canadian Olympic team potentially determined by their play in Buffalo.

The impact Russia's Olympic involvement may or may not have on the KHL is expected to be determined next week. If Canadian players currently playing in the KHL are allowed to participate in the Olympics, Hockey Canada may reconsider its current position on CHL prospects.

With an 18-year-old and a 16-year-old at home, what once was a labour of love is now just labour, based on how little our rink gets used. However, since a move turned the rink build solely into maintaining a frozen pond, my work now consists of flooding (yes, I flood the pond) and the obvious snow removal.

Thankfully, my neighbourhood has enough children and eager parents to help keep the tradition alive. I know there will always be a part of me (Saskatchewan roots) that will remain connected to this winter ritual.

Typically, the Prairies generate our first wave of backyard rink photos. We're still golfing in Southern Ontario, so unless we're blessed with a cold snap in the next couple of weeks or you're fortunate enough to have artificial assistance, backyard rinks in the GTA likely won't show up in our gallery until the New Year.

Friends backyard in The Peg pic.twitter.com/xpAAfFNzwH

So, while I stare at the pond and long for two weeks of -10 or colder temperatures, I invite you to enjoy the first instalment of the Dreger Report Backyard Rink Gallery, submitted from a variety of cold spots around the world: