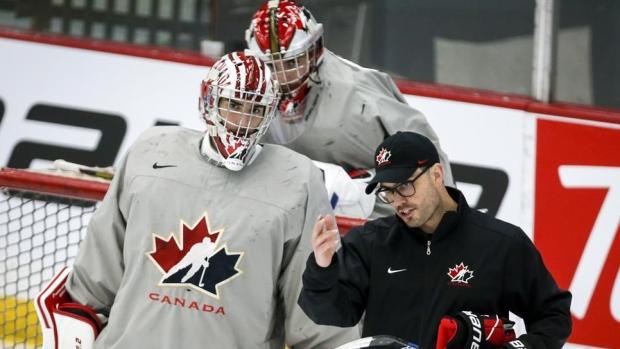 The New York Rangers and goaltender Dylan Garand have agreed to a three-year, entry-level contract, it was announced Thursday.

OFFICIAL: #NYR have agreed to terms with goaltender Dylan Garand on a three-year, entry-level contract.

Selected in the fourth round of the 2020 NHL Draft, the 19-year-old has been lights out for the Kamloops Blazers in 19 games so far this season, posting a goals-against average of 1.85 and a save percentage of .932.

Garand is also one of three goaltenders on Canada's World Junior Championship squad and is scheduled to dress alongside Sebastian Cossa during Thursday night in Canada's lone pre-tournament game against Russia.

Garand is a native of Victoria, B.C.