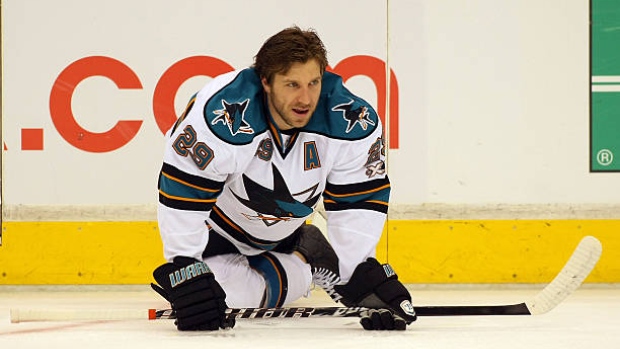 Newfoundland Growlers head coach Ryane Clowe is on an indefinite leave from the ECHL team due to medical reasons, the Toronto Maple Leafs confirmed Tuesday.

Clowe, who appeared in 491 career NHL games before retiring in 2015, has missed five road games over the past month and is expected to miss more time moving time moving forward.

“Growlers head coach Ryane Clowe will continue to be on leave for medical reasons until further notice," Maple Leafs assistant general manager Laurence Gilman told the St. John's Telegram in a statement. "The health and well-being of our staff and players is first priority within our program, and our focus is on supporting Clowe and the team in whatever manner is needed.

“Assistant coach John Snowden will continue to assume the head coaching duties during this time. The club asks to respect Clowe’s privacy and will not be making any further comment.”

The Growlers, who are in their first ECHL season, lead the league with a 13-5 record through 18 games. The team is currently in the midst of an eight-game winning streak and will visit the Jacksonville Iceman on Wednesday.

Clowe spent the previous two seasons as an assistant coach with the New Jersey Devils before joining the Growlers.