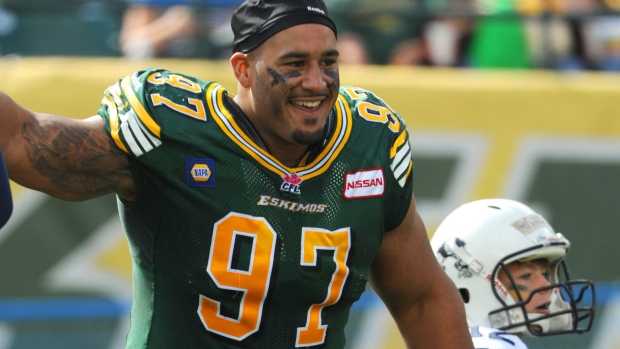 It appears former Edmonton Elks defensive tackle Eddie Steele will be getting his 2015 Grey Cup back, one way or another.

Shortly after Steele made a plea for help on Twitter in announcing that his ring had been stolen, Elks president and CEO Victor Cui responded and offered to buy a replacement ring for the 33-year-old retired Canadian.

"My car was broken into last night in south Edmonton and they stole my 2015 Grey Cup Ring that was locked in the glove compartment," Steele first tweeted. "PLEASE PLEASE spread the word and if anyone can help I’d REALLY appreciate it!"

Steele played eight seasons in the CFL after being drafted by the Hamilton Tiger-Cats 22nd overall in the 2010 CFL Draft. He played four seasons in Edmonton, winning his only Grey Cup championship in 2015.

Cui was named president and CEO of the club in Jan. 2022, replacing Chris Presson who was fired after the 2021 season.