Engraved on a Nation

From wrestlers and marathon swimmers, to the intensity of a soccer fan club, every sport has a tale that plays an intrinsic role in Canada’s history and national identity. Acclaimed original series ENGRAVED ON A NATION returns to TSN to share these stories through six new 60-minute episodes.

The original installment of ENGRAVED ON A NATION was released in 2012, and celebrated the 100th Grey Cup and the CFL’s indelible mark on Canadian history. The six episodes to be released in early 2019 deliver a collection of stories from across the Canadian sports landscape, which include: 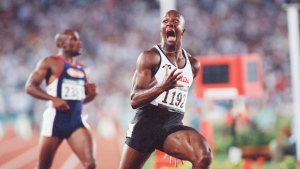 Wednesday, Feb. 6 at 7:30pm (ET)
'The Bailey Experience' examines what it was like for the now famous sprinter during his run to become the fastest man on the planet. Following the 1988 Olympic doping scandal, Canadians were hesitant to support Bailey and his quest for gold. Featuring personal interviews with Bailey, who not only reveals the depths of the scrutiny he faced on the track, but also his struggle to win the support of Canadians, 'The Bailey Experience' features additional insights from TSN’s Brian Williams, as well as Bob Costas, Bruny Surin, and more. It is directed by Michael Hamilton, and produced by Adam Scorgie of Score G Productions Inc. in association with Bell Media. 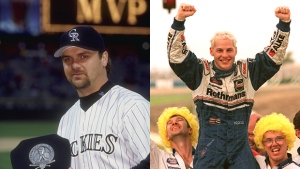 Monday, Feb. 11 at 7:30pm (ET)
In 1997 when the Lou Marsh Trophy for Canadian Athlete of the year went to F1 driver Jacques Villeneuve, Larry Walker, the first Canadian MLB MVP, famously said “I lost to a car.” 'Man vs. Machine' explores one of the most debated years of Canadian accomplishments in sports. Produced by Anaid Productions in association with Bell Media, directed by Simon Ennis, and produced by Margaret Mardirossian, Ed de Rivaz, Helen Schmidt, and Karen Redford. 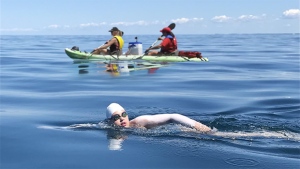 Wednesday, Feb. 27 at 7:30pm (ET)
In July 2018, Maya Farrell attempted her second crossing of Lake Ontario, following in the footsteps of great Canadian female marathon swimmers Marilyn Bell and Vicki Keith. Featuring interviews with Bell and Keith, 'The Impossible Swim' explores the legacy, what it takes physically and mentally to be a marathon athlete, and the new rising regime. Produced by Circle Blue Entertainment in association with Bell Media, directed by Larry Weinstein and Ali Weinstein, and produced by Amos Adetuyi and John Booth. 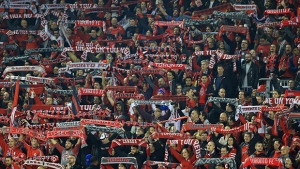 Tuesday, Mar. 12 at 7:30pm (ET)
The fan culture of the Toronto FC is like no other in the league or the world. Taking an in-depth look into the supporter groups, their origins, rituals, and the unique influence they have on the game and the league – both good and bad. Produced by AK Films in association with Bell Media, directed by Brent Hodge, with executive producers Chris Koras and Kyle McCutcheon. 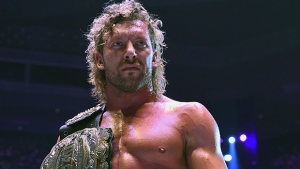 Wednesday, Mar. 27 at 7:30pm (ET)
Winnipeg-born Tyson Smith, better known by his ring name, Kenny Omega, is the most famous wrestler you’ve never heard of. After opting out of a career with the WWE to pursue a role in the New Japan Pro-Wrestling, he skyrocketed to fame. Produced by Jocumentary Productions Inc. in association with Bell Media, directed by Yung Chang, and executive produced by Dale Burshtein. 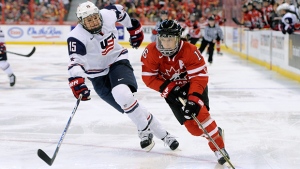 Friday, Apr. 5 at 7:30pm (ET)
One of the greatest sports rivalries of all time: Canada vs. USA Women’s Hockey. Over the last 20 years the two teams have traded gold medals and championships back and forth in a bid to be the best. Outside of the national competition circuit, the players are friends, teammates, and even partners. 'On The Line' looks at what fuels this rivalry and the need for domination. From Clique Pictures in association with Bell Media, directed by Juliet Lammers and Lorraine Price, and produced by Lauren Grant.