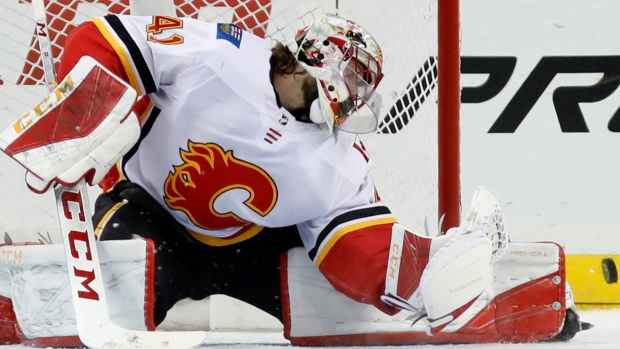 Calgary Flames goaltender Mike Smith is not as badly injured as originally feared and is listed as day-to-day, head coach Glen Gulutzan announced on Tuesday.

The netminder was helped off the ice late in the Flames 3-2 win over the New York Islanders. Gulutzan said Smith will not face the Boston Bruins on Tuesday, nor will he face the Nashville Predators, but he could return after that.

"We had an MRI yesterday and we got some really good news. It's not going to be as long or as bad as we thought," Gulutzan said after practice on Tuesday. "Everybody is relieved it wasn't more serious."

With just 1.1 seconds left in Sunday's game, Smith made a game-saving stop that left him flat on the ice in agonizing pain.