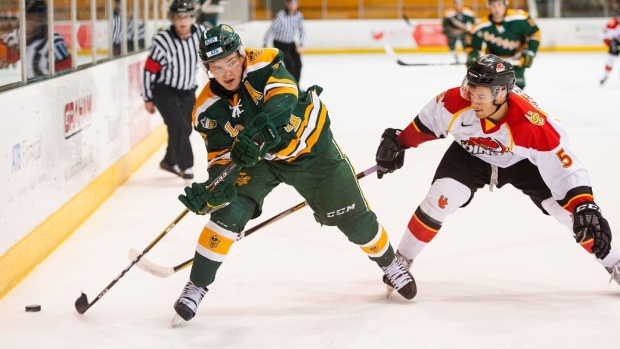 Philp had 21 goals and 45 points in 24 games with the Golden Bears this season. TSN Hockey Insider Bob McKenzie notes that Philp suffered a lower-body injury that took him out of the U SPORTS University Cup over the weekend and is expected to be sidelined for four weeks.

The 23-year-old won the Senator Joseph A. Sullivan Trophy as the U SPORTS Player of the Year this season.

"Winning the Canada West scoring title two years in a row, especially this year when he missed four games due to injury, and still scored 21 goals, speaks for itself," Alberta head coach Ian Herbers said in a statement after the award was announced last week. "Luke is an excellent leader on our team and a clutch performer. He has produced in all situations, and been the most reliable and consistent player in the conference this season."