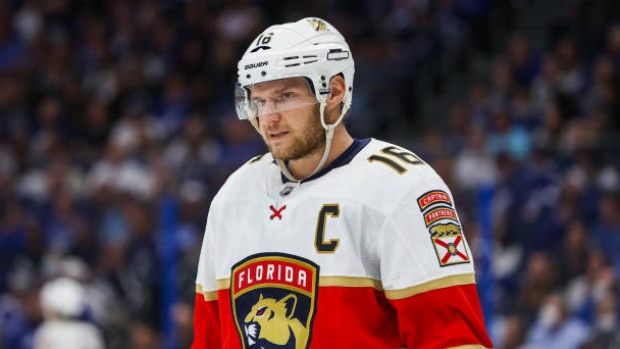 The 26-year-old was injured in the Panthers 6-1 win over the New York Islanders on Tuesday.

Barkov collided knee-on-knee with New York Islanders defenceman Scott Mayfield with 18:13 left in the second period. Barkov remained on the ice for several minutes before leaving the game, putting no weight on his left knee. He did not return to the game with what was officially called a lower-body injury.

The Panthers do appear to be getting some relief on the injury front as Joe Thornton was centering the team's third line in practice Wednesday. The veteran forward is expected to be activated for Thursday's game against the New Jersey Devils after being out of the lineup since Oct. 29.