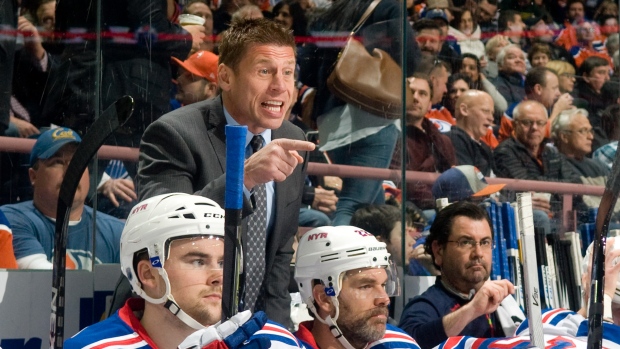 The Florida Panthers have hired Ulf Samuelsson as an assistant coach, the club announced Monday.

Samuelsson, 56, most recently served as Head Coach of Leksands IF of the Swedish Hockey League and spent time as a scout for the Seattle Kraken.

"Ulf is a knowledgeable and experienced coach who will be a great addition to the Panthers," general Manager Bill Zito said. "We are excited for him to join Joel's coaching staff and look forward to his competitive mentality and the impact that he can have on our team."

Over a 15-year coaching career, Samuelsson has served as an assistant coach for the Phoenix Coyotes, New York Rangers and Chicago Blackhawks, and head coach of MODO Hockey in Sweden and the Charlotte Checkers of the AHL.

During his 16-season playing career, Samuelsson appeared in 1,080 games and won two consecutive Stanley Cups with the Pittsburgh Penguins in 1991 and 1992.