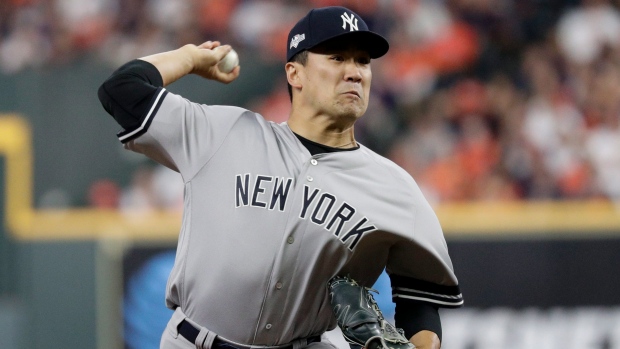 The Rakuten Golden Eagles of the NPB announced Thursday that Tanaka has signed a deal to return to the team after seven years in the MLB.

A two-time All-Star (2014, 2019) Tanaka signed a seven-year, $155 million deal with New York after a successful career as a member of the Golden Eagles.

Tanaka also has an impressive playoff resume, pitching to an ERA of 3.33 and a WHIP under 1.00 in 10 starts.

The 32-year-old is a native of Itami, Japan.