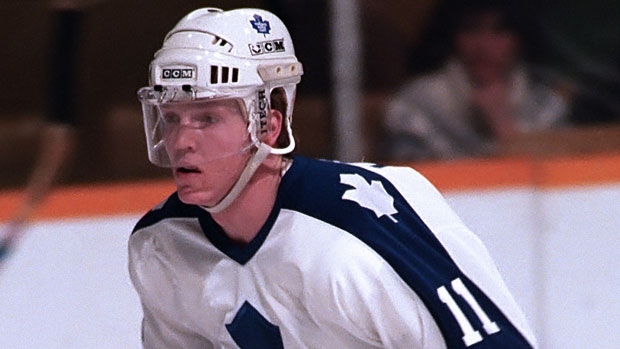 Former National Hockey League players suing the league over long-term brain injuries have gone to court to ask that the seven Canadian NHL clubs and a group of doctors working for the league be ordered to turn over material and correspondence related to player head injuries.

Because the NHL has indicated in court filings that the Canadian teams will not cooperate voluntarily with the discovery request, the former players have asked a U.S. federal court judge in Minnesota, who is overseeing the lawsuit, to request assistance from courts across Canada.

The 80-odd former players, who include Bernie Nicholls, Gary Leeman and Joe Murphy, charge that at the same time as the NHL was becoming a billion-dollar business, league officials knew that repeated violent head impacts lead to long-term brain injury, but didn't do enough to warn players about those risks.

"(The) NHL effectively said concussions are just 'dings,' or 'a little bell ringing' and 'it's okay to go right back out on the ice after sustaining one,' " the former players allege in newly filed documents obtained by TSN. "Plaintiffs reasonably acted on what the NHL omitted – that concussions and subconcussive hits are a big deal, and you should not go back to play or practice until you have been properly evaluated, treated and cleared to play because the risks of permanent damage are enormous…"

The NHL denies the allegations and says, unlike how the National Football League handled a similar case filed by 4,000-some former pro football players, it will not agree to a cash settlement.

In court documents filed this week, lawyers for the former players outlined what they want from the Canadian NHL teams.

The lawyers have asked for documents to identify those teams' doctors, therapists and trainers, documents that indicate the Canadian teams' concussion protocols and return-to-play guidelines, and internal communications among Canadian team club executives about the NHL's injury-disclosure policy.

"On July 31, 2015, this (U.S. federal court) compelled the U.S. clubs to produce these same documents to plaintiffs finding that 'the medical information at issue here is clearly relevant to the claims in this action, as it relates to what the NHL and U.S. clubs knew about concussions and when they knew it,'" lawyers for the former players wrote in a court filing.

The former players also want access to correspondence between Canadian clubs and the NHL Players' Association regarding head trauma, as well as documents and correspondence involving a group of Canadian doctors involved with the NHL's 2011 concussion research study.

The expansive court filing also recounts details of head injuries suffered by players involved in the lawsuit, as well as the medical treatment that followed those injuries.

For instance, the documents describe how former NHL fighter Mike Peluso, then with the New Jersey Devils, fell and hit his head against the ice in a December 1993 during a fight with Tony Twist of the Quebec Nordiques.

Peluso was knocked unconscious and was carried into the team locker room.

After he finally woke up, Peluso kept making return trips to the shower. He was suffering from memory loss and had forgotten he had already showered.

Peluso was hospitalized for two days before being cleared to play a week later.

A few weeks after his first game back, which was marked by a fight with the Leafs' Ken Baumgartner, Peluso allegedly suffered a grand mal seizure (similar to that in severe epilepsy) while working out with the team.

The Devils did not send him to a neurologist, Peluso said.

Rather, the team trainer gave him anti-seizure medication. Peluso was encouraged to keep playing.

Since he retired from the NHL, Peluso alleges he has suffered six grand mal seizures and has spent as much as $50,000 on medical bills for seeing a neurologist, paying for seizure medication, and for ambulances, hospital fees and medical tests.