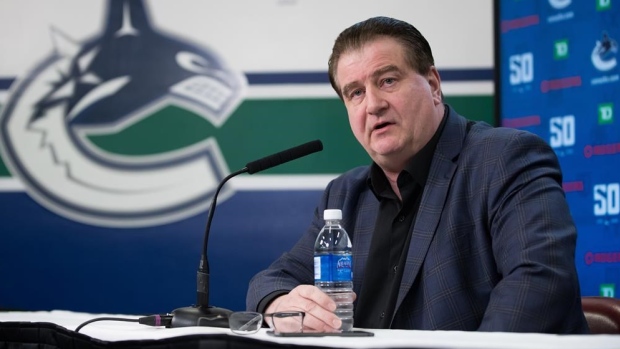 As the NHL season opens, it appears Vancouver Canucks general manager Jim Benning is looking to add offence to his roster.

TSN Hockey Insider Darren Dreger reported Tuesday on Insider Trading that Benning is looking to add a top-six winger to the team's roster as they pursue another playoff run this season.

"There’s an all-in approach with the Vancouver Canucks," Dreger said. "They’re certainly adamant that they’re not taking a step back. They love their defence, they love the adds on that blueline, they like their goaltending, they think that it is very solid despite the fact that they lost Jacob Markstrom to the Calgary Flames in free agency. They’re curious about Nils Hoglander as a top-six winger. They like what they’ve seen in camp, but can he maintain that role throughout the course of the season? They’ve got [Vasily] Podkolzin, who they want to sign at the end of April so he can be in the mix as early as the beginning of May.

"But Jim Benning is definitely looking at the market and hunting for a top-six winger."

In addition to Markstrom, the Canucks also lost trade-deadline addition Tyler Toffoli in free agency and did not make any significant additions to their forward group.

According to CapFriendly, the Canucks used $2.7 million of the $3.5 million of LTIR space provided by Micheal Ferland's contract with their opening-day roster.

The Canucks will begin their 2020-21 season on Wednesday against the Edmonton Oilers.