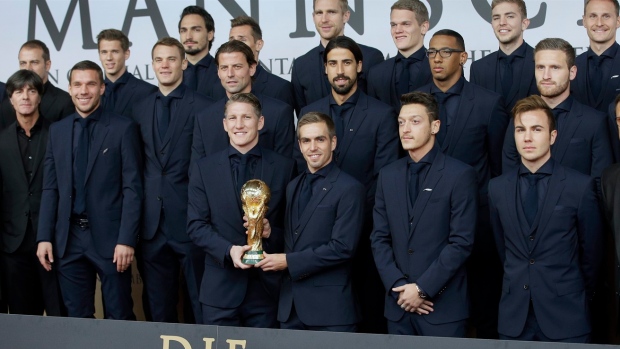 BERLIN - Germany's World Cup winners were given all-star treatment for the premiere of their celebratory film on Monday.

Players, coaching staff, football emissaries and invited guests gathered at glitzy Potsdamer Platz to see "Die Mannschaft" (The Team), a film that reveals some of the more intimate details from the side's tournament success.

The players arrived all wearing dark suits, shirts and ties — perhaps an attempt to help the golden trophy that they proudly carried shine even more.

Before the film started, FIFA president Sepp Blatter paid tribute to Brazil for hosting "the best World Cup in years, despite all the negative things that were said before it."

The film itself revealed small behind-the-scene details that helped contribute to Germany's fourth World Cup win — its first as a reunified country.