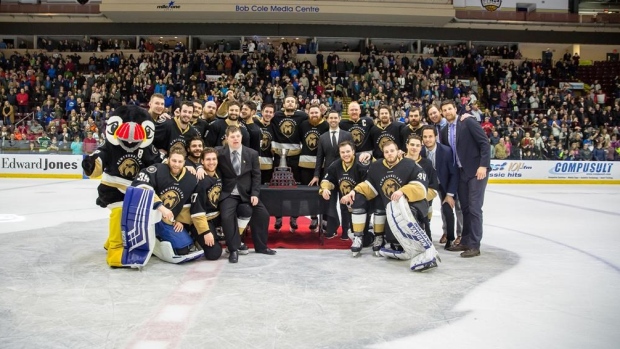 ST. JOHN'S, N.L. -- The Newfoundland Growlers captured the 2019 Kelly Cup championship with a 4-3 win over the Toledo Walleye on Tuesday.

Game 6 of the Finals at Mile One Centre in St. John's, N.L. saw the Growlers bring home the province's first-ever professional sports championship.

Newfoundland joined the East Coast Hockey League as an expansion team prior to the 2018-19 season, becoming the first team to claim the ECHL title in its first season of existence since the Greensboro Monarchs in 1990.

His 16 goals are tied for the second most in a single postseason in ECHL history, just one behind the league record of 17, which was set by Richmond's Blaine Moore in 1995 and matched by Peoria's J.F. Boutin in 2000.