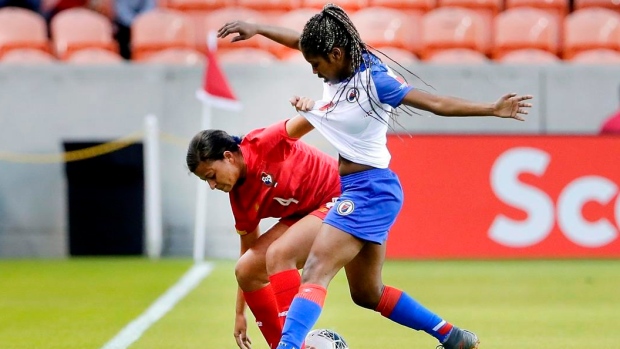 Mondesir scored on a penalty kick in the fifth minute, and Saint-Feliz added goals in the 11th and 29th to give Haiti a 3-0 first-half lead. Melchie Daelle Dumonay and Batcheba Louis scored in the second half before Mondesir capped scoring with a goal in the 84th minute.

Panama goalkeeper and captain Yenith Bailey did not play after she was injured in the team's 8-0 loss to the United States on Friday. Sasha Fabregas replaced her in goal for the final match.