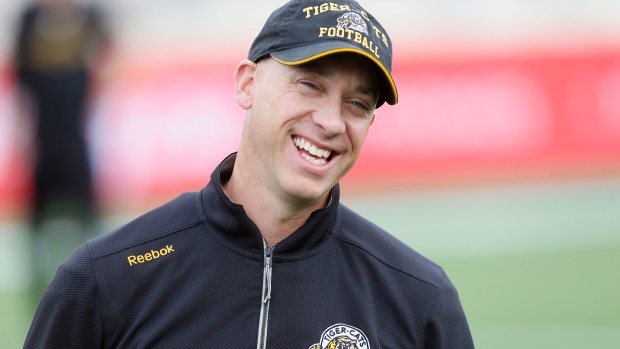 Hamilton Tiger-Cats offensive coordinator Tommy Condell has informed the Ottawa Redblacks, Edmonton Eskimos and BC Lions that he is not interested in interviewing for their head coach positions, according to TSN's Farhan Lalji.

Being told that #TiCats OC Tommy Condell has informed #RedBlacks #Eskimos & #BCLions that he is not interested in interviewing for their head coach positions. wants to remain in Hamilton. I believe he would have been a longshot for any of those teams. CFLonTSN @CFL

According to Lalji, Condell would like to stay in Hamilton and he would have been a longshot to grab the position for any of those teams had he been successful after the interview process.

The Tiger-Cats finished the 2019 regular season with the best record in the CFL (15-3) but fell to the Winnipeg Blue Bombers at the Grey Cup last week.