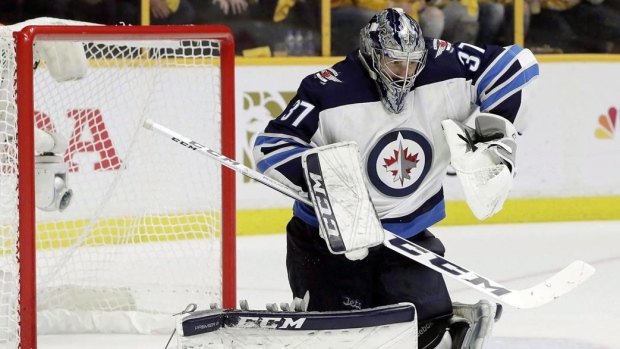 The Winnipeg Jets recalled goaltender Eric Comrie on an emergency basis on Friday ahead of their game against the Nashville Predators.

Head coach Paul Maurice said the move was made because starting goaltender Connor Hellebuyck is sidelined with the flu.

Laurent Brossoit, who last played on Feb. 24, will start Friday's game while Comrie will serve as his backup. Brossoit, 25, has a 10-4-2 record this season with a .929 save percentage and a 2.45 goals-against average.