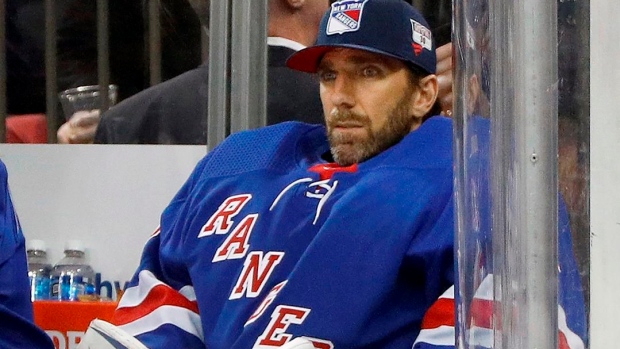 Henrik Lundqvist announced on Monday that he will have open heart surgery after deciding earlier this month to sit out the upcoming season because of a heart condition.

"Last 3 weeks my focus has shifted from training camp and the upcoming season to my health and what I can and can't do," he tweeted. "Scheduled for open heart surgery now - aortic valve replacement, aortic root and ascending aortic replacement to be exact.

"We all have our mountains to climb. Staying positive here and set on the road to recovery."

The 38-year-old from Sweden was bought out by the Rangers and signed a $1.5 million, one-year deal with Washington in October to try to earn his first Stanley Cup — and try to help Alex Ovechkin win a second.

He hadn’t participated in the playoffs with New York since 2017 until two games in the qualifying round of the expanded, 24-team playoffs this past summer.