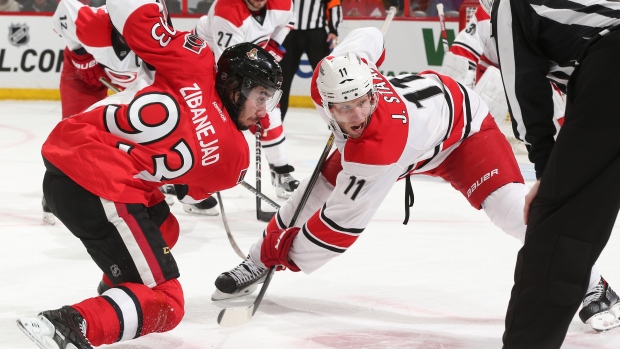 Back in December, we looked at “multi-shot shifts” through both an offensive and defensive lens. The theory was that since not all teams are created equally, and thus not all teams go about exerting territorial control in the same manner, looking at multi-shot shift generation and suppression would give us a different look into how teams are handling themselves at 5-on-5.

With certain criteria, it’s not difficult to pull multi-shot shift data from what’s available on the NHL play-by-play sheets. Recall the parameters from the December entry:

“In order to pull this data out, we must have time constraints. Here, any instance in which two or more shot-attempts were recorded within 10-seconds of one another counts as a 'multi-shot shift'. No neutral or defensive zone event must occur between these shot-attempts – if it does, we know the puck has left the offensive zone. Any data immediately following an offensive zone face-off must also be eliminated, as will any instance in which there is a stoppage of play following the first shot-attempt. Not only can we observe efficiency at generating multi-shot shifts upon entry, we can reverse it and see how well a team does at avoiding those multi-shot shifts against.“

A few things jumped off of the page back in December. For example, the Florida Panthers and Winnipeg Jets had the two best multi-shot shift differentials in the league. While Florida’s success has been mixed since the time of that post, Winnipeg’s been able to buoy themselves in the standings, thanks largely to being the 8th-ranked possession team at 5-on-5. And San Jose, a team we know historically struggles in the neutral zone but dominates in the offensive zone, predictably had the most ‘multi-shot shifts’ of any team in the league.

On the defensive side, the data suggested it was almost impossible to generate multi-shot shifts against Detroit, St. Louis, and Minnesota.

Perhaps most interestingly, the data indicated a potential problem area for two really good teams in the Chicago Blackhawks and New York Islanders. Despite posting really strong possession numbers at the time (ranked 1st and 4th league-wide, respectively), both teams had actually given up more multi-shot shifts than those that they generated.

Naturally, I got curious as to what’s happened over the last few months, and whether or not there are any teams trending in certain directions. So, like I did in December, I pulled out all multi-shot shift data for Eastern and Western Conference teams from January 1, 2015 through Monday evening.

Yes – you’re reading that properly. No team in the East has come close to generating the same number of multi-shot shifts as the Carolina Hurricanes, and because they’ve been respectable on the defensive end, they easily carry the best conference differential. This matches up with what we have witnessed over the last few months in Carolina at the team level – skyrocketing possession numbers, and the definition of a ‘spoiler’ team that can wreak havoc on a playoff hopeful down the stretch. They are, perhaps more than any other team in the league, the one to watch as a potential rebound candidate in the 2015-2016 season.

Far less surprising are the teams that follow Carolina – Pittsburgh and New York Islanders are already headed to the postseason, and Boston likely will get there when the smoke clears, too.

On the surprising side sit the Buffalo Sabres and New York Rangers. Buffalo, despite continually carrying historically terrible possession numbers, have managed to not get killed in the multi-shot shift department. I’d bet a large part of this is tied up in the fact that they’re probably ‘playing it safe’ more than any team in the league. Any time there’s pressure in the DZ, they just try to clear the zone. It’s a great way to get killed on the shot clock, but it probably does limit the number of multi-shot shift opportunities the opposition can have.

The New York Rangers are interesting in the sense that they have given up the most multi-shot shifts of any team in the league. New York, after running white hot for about two months, has hit a bit of a losing stretch in recent times. If I’m Alain Vigneault, and I’m nitpicking my team performance (that’s what you have to do, I guess, when you’re sitting near the top of the standings), I’d probably look here.

Only one team’s posted a better differential league-wide than the aforementioned Carolina Hurricanes, and that’s the Nashville Predators. It’s going to be difficult to imagine any scenario where head coach Peter Laviolette doesn’t end up as a finalist for the Jack Adams trophy. His team’s on pace for a 21-point improvement in the standings, and it seems to me that most of their success is legitimate.

Much like in the East, the teams following the leader aren’t surprising – Los Angeles looks as good as ever as they continue to fight towards a playoff berth, which if realized, will again put a top-seeded Western Conference team in the precarious position of beating the league’s most dominant even-strength hockey club. Anaheim (who, I’ve argued in past articles, have undoubtedly benefited from Bruce Boudreau’s forechecking system) and Winnipeg (who have sustained their early-season success here) round out the top-four.

Towards the other end, we have the Chicago Blackhawks and Vancouver Canucks. We’ve talked about the Blackhawks before, because they were running with a positive differential during the first few months of the season. Chicago’s a team that just obliterates teams game-in and game-out in the neutral zone. However, their defensive zone issues are becoming very much a thing – Jen LC has written great stuff on Chicago’s growing problem to suppress shots, and why it may be a harbinger of things to come for Joel Quenneville’s team. The data here seems to fall in line with what she has frequently observed.

Vancouver, who is 48% likely to play the defending Stanley Cup champions in round one, carry the West’s worst differential. As you may have guessed, this doesn’t strike me as a recipe for success.

In all, this exercise is just one of many ways to look through team-level possession data in finer detail. Teams go about exerting territorial control from a bunch of different angles, and simply being good or bad from a multi-shot shift perspective doesn’t necessarily mean you are a good or bad team. It does provide a data point for more thorough analysis, though, one that’s probably worth investigating for teams at the poles.