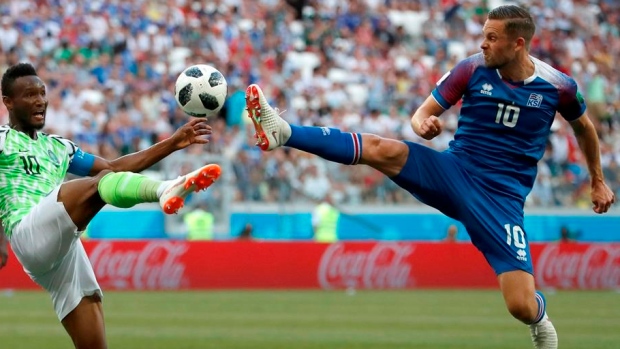 NYON, Switzerland — Iceland’s road back to the European Championship will go through a playoff semifinal match at home against Romania in March.

A much-loved quarterfinalist at Euro 2016, Iceland is seeking to reach a third straight major tournament and was the highest-ranked team in the top-tier playoff bracket drawn Friday at UEFA.

In the other top-tier semifinal match, Bulgaria will play at home against Hungary. The winner will also host the final in that bracket.

Iceland coach Erik Hamren said the team has shown its quality again since a rough run of results after the 2018 World Cup.

“When I took the job, many thought I was crazy,” said Hamren, whose team won six Euro 2020 qualifying games in a group where France and Turkey advanced. “Bigger countries than Iceland have had troubles to qualify for three in a row.”

In the second-tier playoff bracket, the winner of the Bosnia-Herzegovina match against Northern Ireland will host the final against either Slovakia or Ireland.

The 16 playoff teams were divided into tiered four-team brackets based on placings in last year’s Nations League.

Single-game semifinals in each bracket will be played on March 26. The four finals are played five days later.

The winners will join 20 nations who directly advanced to Euro 2020 from traditional qualifying groups this year.

The June 12-July 12 tournament is hosted by 12 countries, include playoff teams Ireland, Hungary, Romania and Scotland.

Scotland is top-ranked in the third tier and was drawn to play visiting Israel, which it beat 3-2 in Glasgow one year ago.

“The majority of the players should know Israel quite well,” said Scotland coach Steve Clarke, who took the job in May.

The third-tier final will be hosted by the winner of the other semifinal, Norway vs. Serbia — arguably the standout pairing of the entire playoffs.

Lagerbäck is a veteran of previous playoffs in the traditional home-and-away format rather than this single-game decider.

“You can’t be too aggressive when you play a team like Serbia,” the coach cautioned.

Kosovo, Europe’s newest soccer nation, must win two away games in the fourth tier to advance to its first tournament. Kosovo first crosses its southern border to play North Macedonia, and the winner travels for the final against Georgia or Belarus.

The Euro 2020 host nations are guaranteed two home games in the group stage. To get those two home games next June, Romania and Ireland would have to win two away games in March.

“It adds the intensity to it, the weight of the nation is on you,” Ireland coach Mick McCarthy said of the incentive to play Euro 2020 games in Dublin.

Clarke said Scotland would embrace the pressure to avoid being “a host nation watching from the sideline.”

UEFA made a separate draw Friday that affected a Euro 2020 tournament game between two host nations.

Denmark won the draw to host Russia in Copenhagen in Group B that is also being played in St. Petersburg. The group also must include top-ranked Belgium from seeding pot 1 and either Finland or Wales from pot 4.