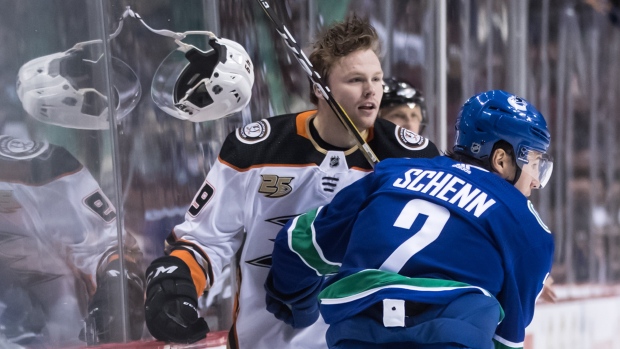 No one big single issue on the table that the general managers are debating, but a lot of little ones and some changes that we could see in the games coming up next season.  Let’s start with player safety and the idea of helmets and what players have to do if they lose their helmet during play.

Darren Dreger: Likely they’re going to have to skate off the ice, go right back to the bench.  Now that’s not 100-percent, etched in stone yet, they are going to continue discussing to some degree and of course it has to go through the process, the competition committee and get full Board approval.  It’s being tested in the American Hockey League, but it doesn’t sound like the National Hockey League is going to adopt what is being tested in the AHL.

Right now players have an option in the AHL, they can either pick their helmet up and put it back on or skate directly off the ice.  In the IIHF, as soon as you lose your helmet in play, there is no option, you have to go off the ice.  That’s likely what the NHL is going to do and give full credit here to George Parros and the Department of Player Safety, because that’s really what this is about, it’s about the fear of a pretty significant injury.

Pierre LeBrun: There is also strong desire from the league’s GMs and the NHL to have the players wear their helmets in warmups which frankly is long overdue and makes total sense, but it requires NHLPA endorsement and at this point, despite an ongoing dialogue the last couple of years between Bill Daly and the NHLPA, the Players’ Association has not signed off on that quite yet, but it’s something that will continue.  Some teams do encourage their players to wear them, Montreal Canadiens for example, all of their players wear helmets in warmups. 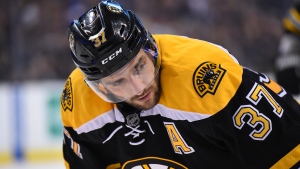 Offence overall is up, but offence on the power play not necessarily.  So, some tweaks maybe, once a penalty is called in trying to give coaches an advantage.

Bob McKenzie:   It might seem insignificant now, but there is a proposal and it looks like it’s going to go through the competition committee and for approval at the Board level.  The change is, once the penalty is called and we know that once the penalty is called the faceoff goes to the offensive zone to give the power play team the best opportunity to mount an attack.  The team that has the power play will now have the option of choosing for the faceoff to be on the left side or the right side.  This was in effect at the Ivan Hlinka Wayne Gretzky tournament this summer, it also has been worked in the American Hockey League over the course of the year.

They think this simple tweak will give the teams that much more, I mean if you have a player like [Patrice] Bergeron and you want to put him on his strong side, that’s your choice.  Once that happens, the penalty killing team can decide who they want to put on the ice, the power play team can put who they want on the ice and away we go.  There are also some other things in terms of limiting line changes, that is if a goaltender or a defensive player knocks the net off its moorings, no line change allowed.  If a goaltender intentionally deflects the puck up into the safety netting behind the net, no line change allowed.  So they’re making some small minor things that would encourage coaches on the power play, discourage coaches when they have to go without a line change.

Dreger: I can tell you, there are general managers here who are applauding the idea of the faceoff option, one of them of course is Hall of Fame centreman [and Colorado Avalanche GM] Joe Sakic. He says I love the idea because automatically it allows you to set up and we asked him, given the option back in your day, what would he have preferred and he said, I’m going to my backhand every single time. 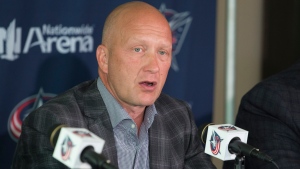 Columbus Blue Jackets GM Jarmo Kekalainen made a lot of significant changes to his hockey team at the deadline, he wanted to make a change to a specific rule here at the GM meetings, but it doesn’t look like it’s happening.

LeBrun: This one was the one minute penalty for overtime 3-on-3.  He felt that because the 4-on-3 power play is so dangerous and ends a lot of games that it should go to one minute, instead of the traditional two minutes.  Not enough appetite in the room and in fact, one of the GMs, we think Jim Rutherford of Pittsburgh, said it’s just going to lead to more shootouts, which in fact the reason for 3-on-3 overtime is to limit the number of shootouts, it died on the cutting room floor.

Ryan Rishaug: A change we are likely to see, clocks in all four corners of the rink next season allowing players on the power play to keep an eye on how much time is left on that man advantage, so maybe less goaltenders smashing their sticks on the ice.