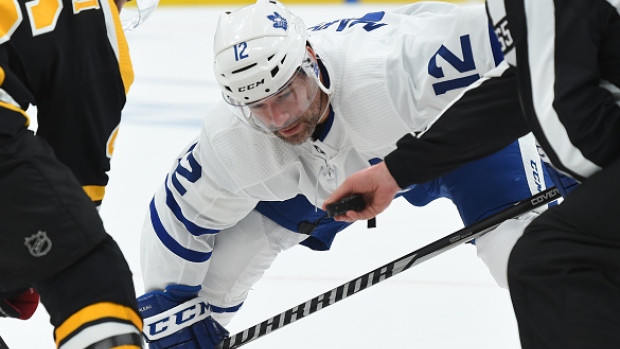 Leafs looking to move on from Marleau?

LeBrun: What we know is this, the L.A. Kings and the Toronto Maple Leafs have had discussions about a potential trade involving Patrick Marleau, but it’s complicated for a number of reasons. One, Marleau has a full no move, we believe he would be open to waiving it for a trade to the L.A. Kings. But it goes beyond that, it would have to mean that the Toronto Maple Leafs would take a piece back with term on it that will help the Kings in a few years when their cap issues begin. For the Maple Leafs, of course, it’s a short term fix getting off of that $6.25 million that Marleau is owed next season. They’re not close to a trade, we’re not sure when it would happen but the two sides continue to have discussion.

McKenzie: It’s a challenging time for Dubas, but it’s also a chance for him to be aggressive, creative and open-minded. He’s obviously got to sign Mitch Marner. He’s got to reconstruct his defence and he has to make it all fit within the salary cap. In terms of what he may or may not do, there really are only four untouchables on the Toronto Maple Leafs – John Taveras, Auston Matthews, Morgan Reilly and as long as he signs Mitch Marner. There are two that fall into the highly likely to not be traded category – that would be William Nylander and Frederik Andersen. After that, it is wide open. The guys that the Leafs are getting the most action on are Kasperi Kapanen, Nazem Kadri and Connor Brown. Anything and everything outside of those untouchables will be considered.

Trade talks between the Pittsburgh Penguins and Minnesota Wild came to pause when the centrepiece of the trade – Phil Kessel – said he wouldn’t move his no trade clause.

LeBrun: The first thing we have to keep in mind is while he wasn’t willing to move it, then that doesn’t mean that he won’t change his mind and waive it to go to Minnesota so you have to keep that in mind. But here is what is new. The Pittsburgh Penguins one week ago probably thought they were going to for sure trade Kessel this summer. Now I think Jim Rutherford – and he shared this with Phil Kessel – is open to keeping him if they can’t find a trade that makes sense for them. The point is this, Jim Rutherford isn’t just going to dump Phil Kessel for salary cap reasons and get very little in return. This would have to be a tangible hockey trade where he helps the Pittsburgh Penguins; he believes Phil Kessel is still an offensive force. So unless a deal happens that Phil Kessel is comfortable with, he’ll stay put in Pittsburgh.

After setting a career-high with 40 goals in the 2018-19 season, Sabres forward Jeff Skinner is looking to cash in as he hits free agency.

McKenzie: The Jeff Skinner watch is still going on in Buffalo, of course he’s an unrestricted free agent on July 1 the Sabres are trying to sign him. There has been constant dialogue over the course of this week, including today. There’s not expected to be a deal for Jeff Skinner in Buffalo today that means talks will continue into tomorrow. It’s expected to be eight years at or near $9 million per year if a deal is going to get done. The Sabres want to get it in [at] less than the $9 million and Skinner would like to get $9 million or more.

Anaheim Ducks search for a head coach still going on

A search that many believed would be fairly straight forward has turned into a bigger process with multiple interview candidates emerging.

LeBrun: One thing we know is whoever gets that job isn’t going to crack the list on the top 10 highest paid coaches. That’s not their style, they’re a budget team. We’ve compiled a top 10 list, coaches’ salaries aren’t really that known, but we’ve done a little research.  A name you won’t see on that list is Dave Tippett, who we know was hired a few days ago by the Edmonton Oilers and it shows you the bargain that Ken Holland got in getting Tippett for under $3 million a year which doesn’t crack the top 10. It says something; it shows you where the salaries for coaches have gone in the last couple years. It started with Mike Babcock and has continued to have an impact in terms of where coaches are. And we’ll see if Ken Holland’s salary of $5 million a year will raise general managers’ salaries.