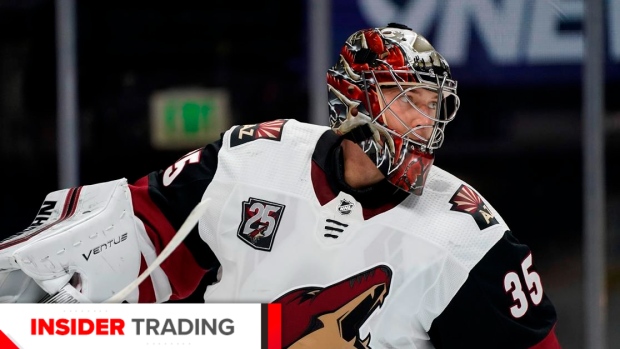 With Free Agent Frenzy fast approaching, TSN Hockey Insiders Pierre LeBrun and Darren Dreger join James Duthie to discuss Marc-André Fleury's trade to the Blackhawks and get you caught up on all the rumours swirling around the NHL.

Does the Marc-Andre Fleury trade show that cap space is the most valuable commodity in the NHL? And what can be made about Fleury finding out about the trade on social media? 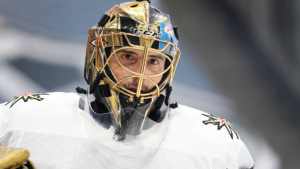 It’s unfortunate that he found out through social media channels but the reality is that McCrimmon acknowledged in his media availability that there were multiple conversations leading up to the decision to trade Fleury to the Chicago Blackhawks.

Now it’s up to the Blackhawks to convince Fleury that he should continue his career in another city. As for the Golden Knights, they intend to use the cap space they gained from moving Fleury on a backup goaltender and a forward.

Pierre LeBrun: The Fleury trade was less than an hour old and there was already media speculation that somehow he would end up in Pittsburgh where he probably would rather be, as that’s where his career began. Maybe part of that is that, last off-season, former Penguins general manager Jim Rutherford almost reacquired Fleury before that deal fell through.

Here’s what I can tell you. Blackhawks GM Stan Bowman did not acquire Fleury to flip him. He acquired him to play for the Chicago Blackhawks, so I don’t see any merit in that idea, at this point.

What is the market looking like for the top defenceman in the free-agent class? 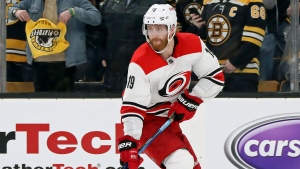 Dreger: We need to check in with the top of the class when it comes to free-agent defencemen and of course that is Dougie Hamilton. Talk about a nerve-grinding situation for Hamilton and his agent J.P. Barry. In reality, they had to wait for the Seth Jones trade to go through, which it has, and then the extension.

So the market has been stimulated since that trade, so is it conceivable or even likely that Hamilton is going to get max term and big dollars? Absolutely. He’s deserving but everyone involved is very much grinding away.

After spending his entire career with the Anaheim Ducks, will Ryan Getzlaf finish his playing days in Canada? 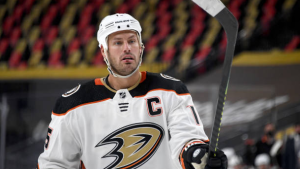 LeBrun: It is absolutely a possibility if he does indeed leave Anaheim. Among the teams, I’m told, that would be potential fits for him the Edmonton Oilers top the list. The Montreal Canadiens are in there and also Boston and Dallas would be potential opportunities for Getzlaf.

This would be a very emotional decision if he does leave Anaheim but would be interesting for sure to see him in either an Oilers or Canadiens uniform.

Where are the Oilers on contract talks with Darnell Nurse? 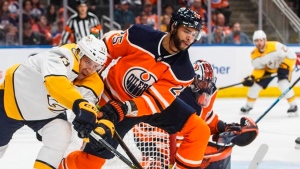 Dreger: Obviously the Oilers can now engage with Nurse and he is a top priority to get extended. But this one is not necessarily a slam dunk. It’ll get done. I don’t think Oiler fans need to worry, but Nurse would prefer a four-year contract extension. He has one year remaining on his existing deal, so really it translates into five years.

Understandably, Ken Holland and the Oilers would like to go longer than a four-year extension, so there’s some work to be done.

What’s happening on the goalie carousel ahead of Free Agent Frenzy? 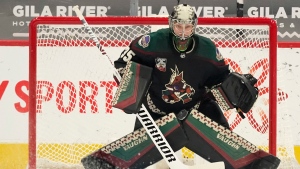 LeBrun: Darcy Kuemper trade talks have intensified. Ideally, if you’re Arizona you want to move a guy who’s signed for an asset before free agency opens because some of the opportunities will go out the window. Colorado, Edmonton, Toronto, Carolina, Philadelphia are among the teams that have been in touch with Arizona.

In the meantime, Freddie Andersen has not received a contract offer at this juncture from the Toronto Maple Leafs, and it looks like he’s headed to the market. Two of the teams that have interest in Andersen, depending on other things, are Colorado, depending on what happens with Philipp Grubauer and Carolina.

Jaroslav Halak, I believe, is at the top of the list for the Vancouver Canucks to replace Braden Holtby as a backup. Jonathan Bernier hasn’t been able to find a deal with the Hurricanes so I believe he’s going to market – watch out for New Jersey in his case. Grubauer is still in talks with the Avalanche, so that’s going to go right down to the wire, we’ll see if they can bridge the gap there.

Petr Mrazek and Martin Jones are two other options for the Toronto Maple Leafs. On and on it goes, the goalie carousel, we’ll find out Wednesday.